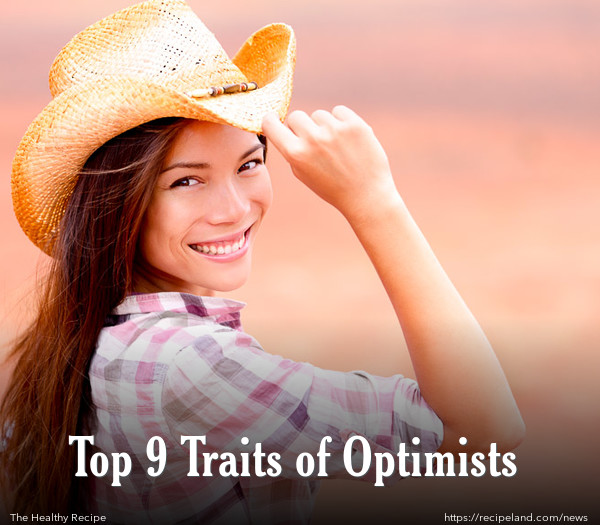 Optimists generally believe that good is more powerful than bad in the world, and public opinion and science have both substantiated that optimism is generally healthier than pessimism.

The verdict became confusing, and later in 2013, the National Institutes of Health published a formal statement regarding the longevity of optimists and pessimists. They concluded that a healthy balance of optimism and pessimism is best.

Prevention magazine published an article discussing the main positive traits of optimists that can be good for your health. Charles S. Carver, Ph.D., a psychologist at the University of Miami, outlined the most important ones.

Optimists tend to recover from bad or painful experiences better and more quickly than pessimists. Says Carver, “They stay in the struggle because they expect the ship to right itself.”

Being hopeful and having a positive attitude helps optimists face difficulties more easily and be certain that everything will turn out okay in the end. Carver states, “They turn to something else when it is clear [their current tract] won’t work.”

Carver claims that those who are optimists tend to be more active. He states, “Optimists are more proactive about doing a variety of things that are health-promoting.” There may be a catch here, though, since physical activity tends to make people feel better, which could be making them more optimistic. Hard to actually say whether optimists work out more or those who work out a lot are in a better mood.

Optimists tend to be more forgiving. Carver states, “Perhaps [they] look on the best side of what they are being presented with.” Instead of focusing on how others have hurt them, they may consider the cause and look at the bigger picture, which makes it easier to ignore.

Optimists tend to be less likely to become fixated on negative thought patterns. Having a positive expectation can improve a person’s emotional well-being.

This positive attitude, and positive expectations, can lead to having lower levels of the stress hormone cortisol. Carver says, “Given the same stressor, they are less aversively reactive to it [than pessimists are].”

Because optimists worry less, they are less likely to lie awake at night tossing and turning and fretting about problems. According to Carver, “If you realize that pessimism incorporates a lot of [nightly] rumination about how bad things are, it makes sense.”

Studies have shown that the tendency to experience gratitude may be related to being an optimist. Considering a glass as “half-full” is a healthy attitude.

In a study conducted in 2005, Dennis Charney, M.D. Dean of the Icahn School of Medicine at Mount Sinai, explored the experiences of more than 750 Vietnam veterans, and found that there were predominant characteristics of optimism and altruism. Carver claims that this is related to their contributions, stating, “It probably takes a certain amount of optimism to be charitable at all. Why do it, if it’s not going to somehow make the world better? [Optimists] expect good deeds to have good repercussions in the world.