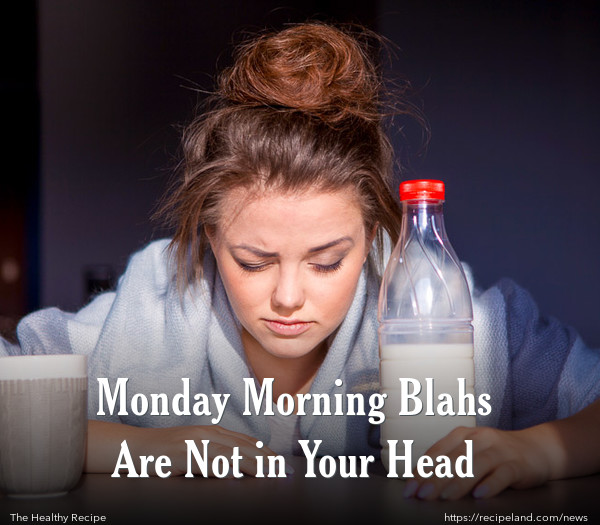 Getting out of bed on Monday is not usually fun or easy. Even the smell of good coffee may not be enough. It turns out that the changes to your routine that may occur over the weekend can affect your ability to return to the grind on Monday, and they may not be good for your heart, either.

New research is showing that the changes in sleep patterns that most people experience over the weekend can lead to an increased risk of diabetes and heart disease. Scientists are beginning to refer to this as social jet lag. When you upset your sleep-wake cycle when you are not on a work schedule, your body becomes confused, and may even think you have traveled across time zones. Ronald Chervin, president-elect of the American Academy of Sleep Medicine and a professor at the University of Michigan explains that there can be significant problems when this pattern occurs over a long period of time.

Although there has been previous research that shows a correlation between disrupted sleep patterns and an increase in risk factors for chronic health conditions, the new research, which was published in the Journal of Clinical Endocrinology & Metabolism, suggested that “naturally occurring discrepancies in the sleep schedules of everyday people who aren’t necessarily working extreme shifts have an effect as well,” according to lead author Patricia Wong, a Ph.D. student in the department of psychology at the University of Pittsburgh.

The research study examined adults between the ages of 30-54 who were healthy and worked the day shift. The participants wore sleep-tracking watches for 7 straight days, at least one of which was not a work day. Nearly all participants (85%) stayed up later and woke later on the days when they were not scheduled to work. Researchers calculated the midpoint of each night’s sleep, which took into account the bedtimes and wake times. The differences between midpoints were examined and work nights and off nights were compared. Researchers found that the larger the difference between sleep midpoints, the greater the effects of the social jet lag, and the greater the risk for diabetes and heart disease. Those with greater social jet lag showed lower HDL (good cholesterol) levels, higher triglycerides, better insulin resistance, and more body fat. This is the first study of its kind, to examine the effects of social jet lag related to staying up later and sleeping in later.

Wong explains, “For optimal health, our internal clocks, for sleeping, for metabolism, for activity—would all be synchronized. Even among healthy people who aren’t forced to work extreme night shifts, there are individuals who might be working against their clocks. Even if it’s not that extreme, it does have health effects.”

Most people don’t relish the idea of waking up early on the weekends when they don’t have to go to work, but it is important that you keep your body synchronized for good health. When you frequently shift back and forth between bedtimes, you confuse your body’s clock and your brain, which is one contributing factor for the health problems that can result.

The full effects of social jet lag are not yet understood, but Chervin explains, “we do know very clearly that sleep is incredibly important to health. It not only needs to be the right amount, but at the right time.” Because our brains are trained to keep a schedule, when you don’t get enough sleep during the week and then too much on the weekends, you are confusing your body and brain. Chervin says, for best results avoid alternating your schedule and, “sleep at a time when the brain is prepared to be awake is not as efficient.”