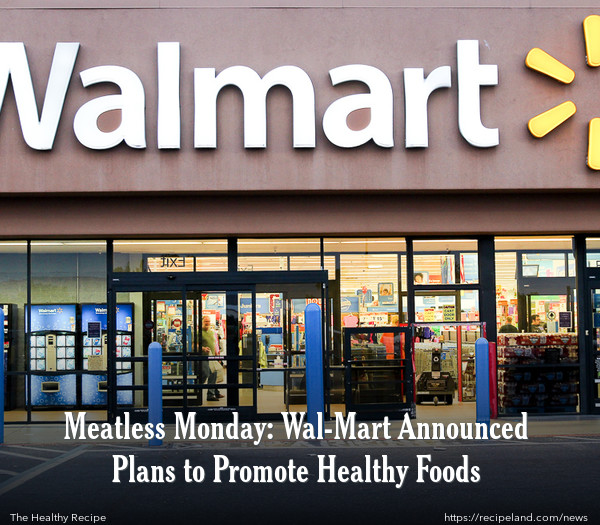 In a press conference on January 20th Wal-Mart executives announced plans to overhaul their Great Value products to make them healthier, while encouraging their suppliers to do the same.

They plan to reduce the amount of sodium and sugar as well as remove industrially produced trans fats in its store-brand products, according to an Associated Press article by Mary Clare Jalonick.

A recent New York Times article by Sheryl Gay Stolberg reports that Wal-Mart also plans to build stores in "food desserts," or areas where fresh produce is not available, while increasing their donations to nutrition programs.

Their new campaign to provide healthier foods at lower prices to under-served areas is part of Wal-Mart's efforts to encourage lower income customers to live a healthier lifestyle. Currently, many low-income Americans have to chose between healthy food and affordable food. According Wal-Mart executive, Leslie Dach, as quoted in Stolberg's article, Wal-Mart wants to end this.

Wal-Mart also plans to offer produce at a lower price, cutting fruit and vegetable costs by $1 billion per year and reducing the prices of "health foods" containing expensive ingredients. They are also developing a labelling system to help customers identify healthy food choices.

With greater access to healthy ingredients, Wal-Mart customers may be looking for new recipes like Vegetarian Cottage Pie or Dried Fruits and Nuts Granola Bar to take advantage of the fresh fruits and vegetables that are available.

According to Jalonick's article, as the largest grocery provider in America, Wal-Mart is in a unique position to encourage its suppliers to offer healthier foods as well as influence other grocers to make similar changes. In order to compete, suppliers and competitors will have to provide healthier, low-cost alternatives to the advantage of all Americans.