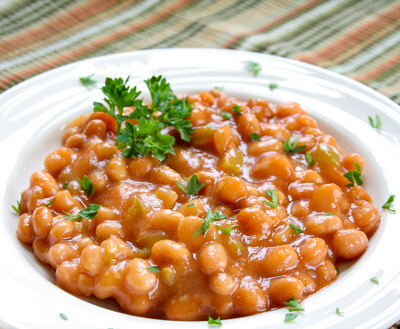 Baked beans  is a dish containing beans, sometimes baked but, despite the name, usually stewed, in a sauce.

Most commercial canned baked beans are made from haricot beans, also known as navy beans – a variety of Phaseolus vulgaris – in a sauce.

In the United Kingdom, tomato sauce is most commonly used. In the United States, Boston baked beans use a sauce made from pork and molasses, and are so popular the city has been nicknamed "Beantown."

Maine and Quebec-style beans often use maple syrup. They are used as a convenience food when heated, or eaten as a snack, straight from the can.

Baked beans, canned is usually found in the canned goods section or aisle of the grocery store or supermarket.

There are 37 recipes that contain this ingredient. 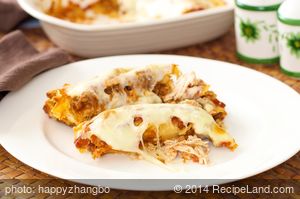 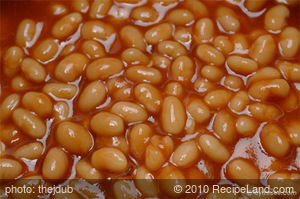 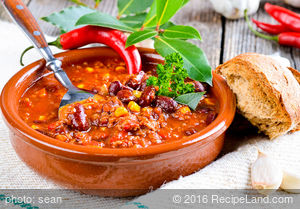 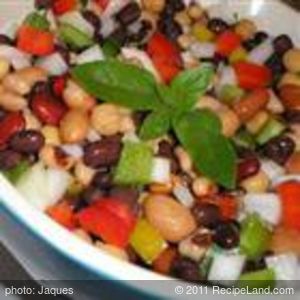 Mashed Potatoes and Apples with Bacon and Onions