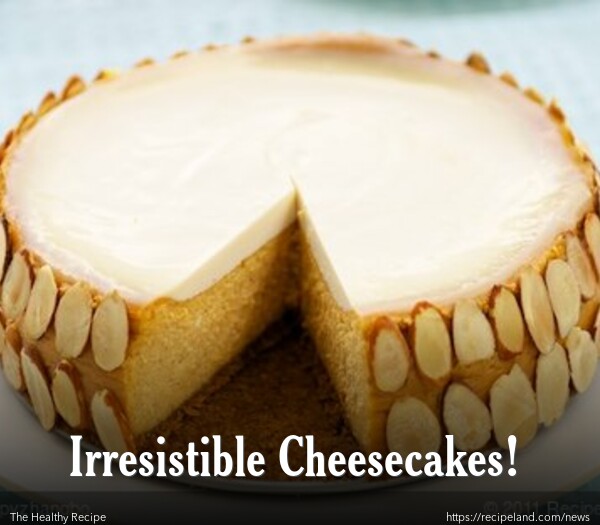 Do you love a good cheesecake, but hate to pay a high price for this delectable dessert at your grocery store or favorite restaurant? Not to worry, cheesecake is easy to prepare in your own kitchen as long as you follow a few simple steps. Plus you don’t need a lot of special equipment to make a great cheesecake, just an electric mixer and a springform pan!

The best part about making cheesecake at home is that it allows you to create the flavor you love and control the quality of ingredients you add to your cheesecake.

Keep reading to learn how to make an excellent cheesecake and find new cheesecake recipes to enjoy.

-A type of “cheesecake”, very different from the cheesecake of today, was popular in ancient Greece.

-Cheesecake can be either baked or prepared and allowed to set up in the refrigerator. However, the same cheesecake recipe cannot be prepared both ways.

-Different areas of the world rely on different types of cheese for their cheesecake. In addition to cream cheese, it is common to see recipes calling for ricotta, cottage cheese, Neufchatel, mascarpone or even goat cheese.

Be careful not to over mix your cheesecake batter. Over mixing will make your cheesecake crack and ruin its creamy texture. Make sure that you have removed any lumps from the cream cheese before you add the eggs. Add the eggs last and mix the batter as little as possible after they are added to keep the cheesecake texture light and airy.

To stop your cheesecake from cracking after it has cooled, run a knife around the edge of the cake, between the cake and the pan, immediately after you take the cheesecake out of the oven.

Cheesecakes need to be cooked slowly and gently because of the large amount of eggs in the batter. Do not be tempted to rush the baking process by cooking it at a higher temperature for a shorter period of time.

Use a knife dipped in warm water to cut your cheesecake. Before slicing the next piece, wipe any cheesecake crumbs or moisture from your knife. Use a cake or pie server to transfer the cheesecake to a plate and then garnish with pie filling, chocolate or caramel sauce, chopped pieces of a candy bar, or fresh fruit.

Do not refrigerate the cheesecake until it has cooled completely. Your cheesecake should be chilled in the fridge for at least 6 hours before cutting or eating. Cheesecake will keep well in the refrigerator for up to four days, covered loosely. If you prefer to eat your cheesecake at room temperature instead of chilled, let it set on the counter for about half-an-hour before you plan to eat it. To freeze your whole cheesecake, wrap it in heavy foil or plastic after it has cooled completely and then freeze. You could also freeze your cheesecake by the slice. To thaw your frozen cheesecake, allow it to set overnight in the refrigerator.

What to do if your cheesecake cracks :

Serve it sliced and work around the crack. If it is a small crack, cover it with fruit or another topping.