Nothing says the Thanksgiving season has begun like the tempting fragrances of cinnamon, nutmeg, ginger, and clove that waft from the kitchen as our favorite Thanksgiving recipes are prepared. 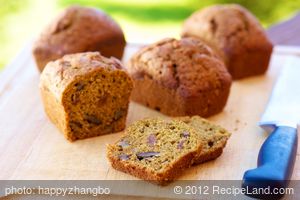 Three delicious autumn quick breads are made with same bread base but different fillings. They are all super moist and tasty, and they don't last long in our house. 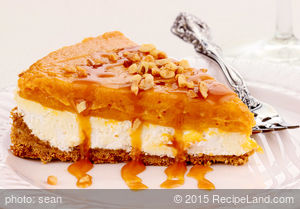 Wow your family this Thanksgiving with this decadent pumpkin pie that will have everyone asking for a second slice! 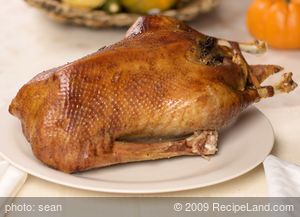 I have made a Thanksgiving goose every year for at least 15 years. I have steadily gained on making the perfect bird but I finally found the greatest recipe ever in Cook's Magaz... 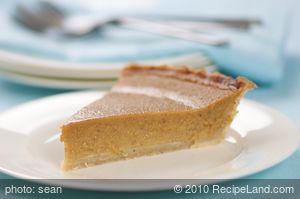 In our extended family this version of pumpkin pie has earned the title! 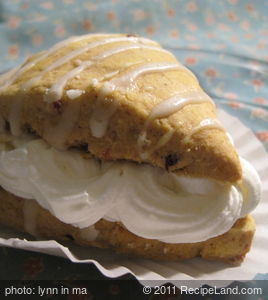 I like to add pumpkin spices: cinnamon, nutmeg, allspice & ginger. I also add a handful each of dried cranberries and walnuts. I cut into equal triangles from a round. When comp... 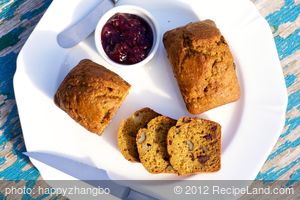 I make this recipe during the holidays. It is moist, and freezes well! I bake them in coffee cans, and wrap them in colored cellophane to give as gifts 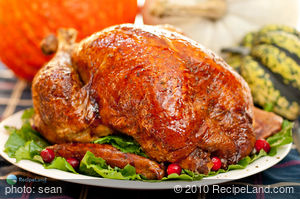 Mapleleaf roast turkey... it's a big yum fest with this Thanksgiving turkey. The crispy browned skin is like Canadian Peking duck. Roasted and glazed with a reduction of maple s... 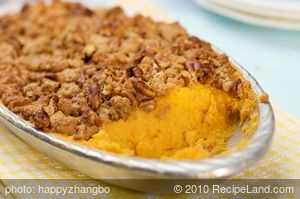 This delicious sweet potato casserole impresses everyone. It's creamy but not too rich, it's sweet but not too heavy. The candied pecan topping adds the extra crunchiness and nu... 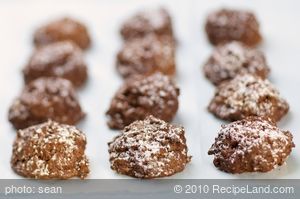 Instead of a rich butter cookies, make some macaroon made of egg whites, coconut, pecans and chocolate. They are so chocolaty and delicious, a little bit crunchy at the inside a...

After trying numerous green bean casseroles I was not a fan. This casserole changed my mind. Tender-crisp green beans that were actually green. Just the right amount of creamy c... 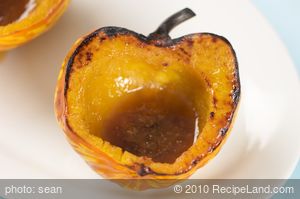 How to cook acorn squash. This works with carnival squash (used in the photo) as well as acorn squash. Perfectly cooked moist and not stringly squash paired with a buttery glaze... 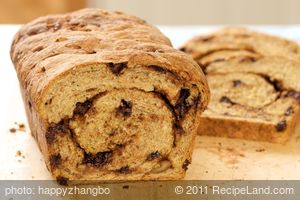 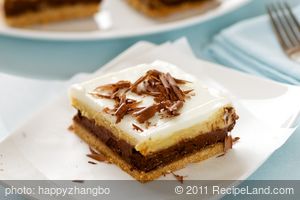 Had some pumpkin puree and cream cheese on hand, wondering if I could make a dessert that had these two ingredients and chocolate. Found some recipes that almost fit my thoughts... 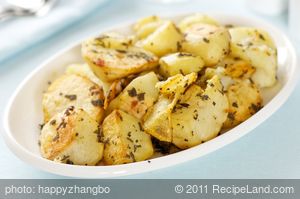 Crispy on the outside and soft on the inside. These oven roasted potatoes come out delicious, sage gives the herby flavor and it's a light yet tasty side dish that can be accomp... 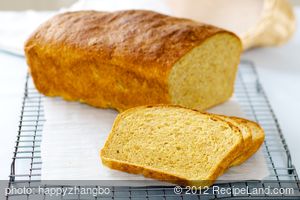 Pumpkin puree and evaporated milk make this bread moist and delicious. It's made with 100% whole wheat flour, but it doesn't look, feel and taste whole wheat at all. It comes ou... 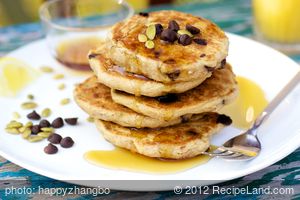 Creating a Thanksgiving Feast on a Budget 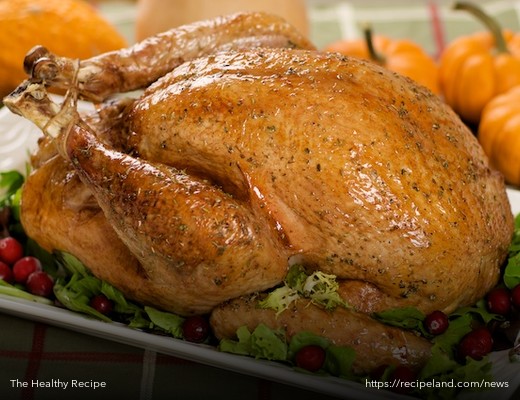 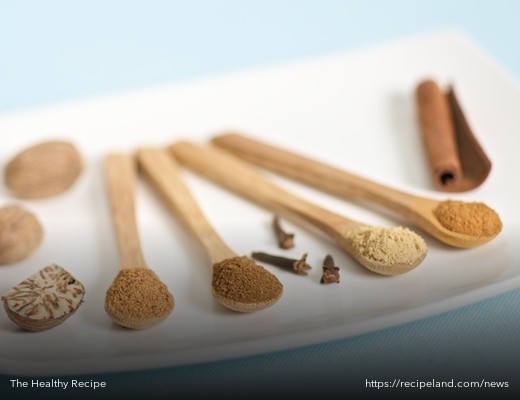 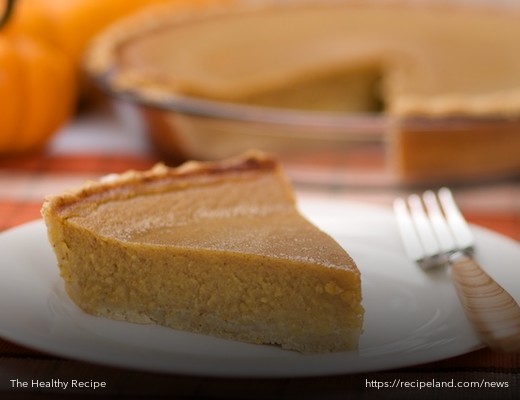 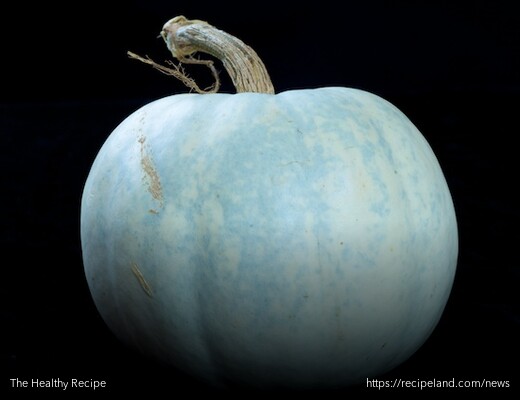 Apple Cider is not just for drinking 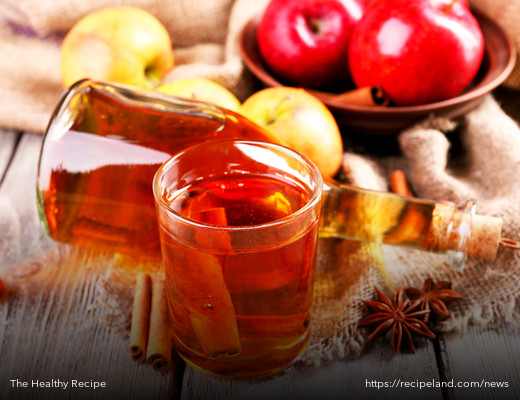 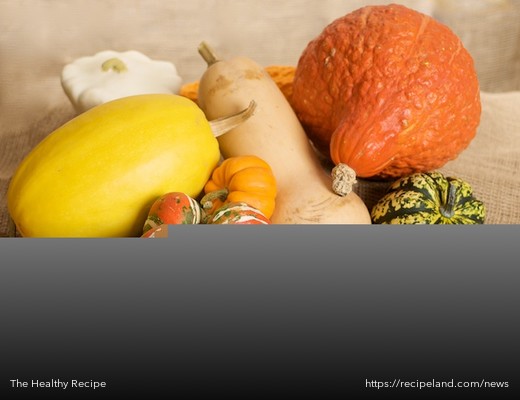 more by The Healthy Recipe

Turkey tips & secrets on how to cook a perfect turkey during the Thanksgiving cooking feast.

Traditionally, Thanksgiving Day is celebrated with a feast. You can give thanks to the bounty of the earth without the day turning into a disaster by planning ahead.

A brief history of Thanksgiving in Canada along with traditional recipe recommendations.

One thing I noticed when I first attended college was how much I missed home-cooked meals. The spine-tingling aromas, the delicious taste you experienced after every bite of food and how full you we’re after your second helping of dinner.

After dinner is over with, it’s time for a nice period of relaxation. It could be called a nap, but not everyone sleeps right away.

The one dish that defines Thanksgiving and the fact that the famous holiday warms your heart and your soul is dessert.

Thanksgiving - "Nothing tastes better than a homemade stuffing"

Around the holiday seasons, you always see commercials that revolve around family dinners.

Aside from great food, Thanksgivings also involve teamwork. Everyone can pitch in and try to help out the one aunt and uncle who are hosting the dinner.

Thanksgiving - You Don't Need to Dress to Impress

Thanksgiving is a time when family comes together and memories are shared. There are many families out there that just have a dinner for 3 or for 30.

History of Thanksgiving and of course…the Food

History of Thanksgiving and a menu to take you back to the original time of giving thanks.

When individuals contemplate what to make for their Thanksgiving or Christmas dinner, there's 1/2s usually more indecision regarding the side dishes. After all, the Thanksgiving turkey is perfunctory and Christmas will inevitably...

This Thursday is Thanksgiving and households across America will be preparing the traditional turkey. About 46 million turkeys will be

It's the Great Pumpkin

According to an Irish myth, one day a man known as "Stingy Jack" for his miserly inclinations had a drink with the devil. True to his name, Jack convinced the 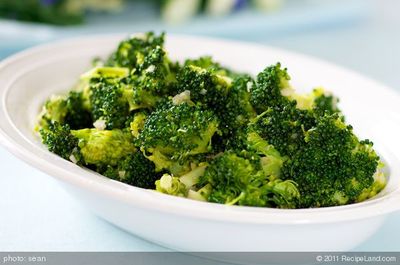 Is Broccoli the Secret to Slowing Osteoarthritis? 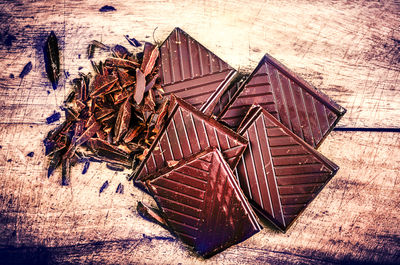 Why You should Eat Dark Chocolate? 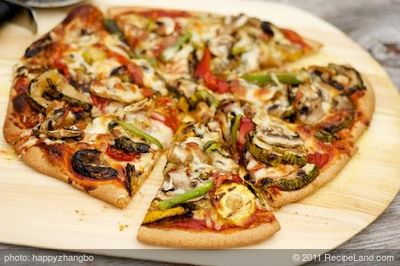