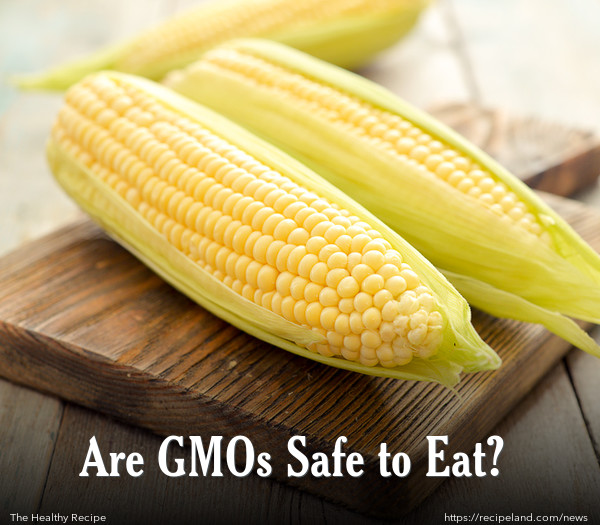 With all of the fuss surrounding GMOs, or genetically modified organisms in our foods, much discussion has occurred regarding the safety.

Scientists have developed ways to increase crop production and help foods become more resistant to pesticides or insects themselves. But, in exchange, many wonder if the foods that are grown are safe to consume, or if the genetic modifications can cause problems.

The main foods that are affected include corn, soybeans and other plants, and these foods are now considered to be “genetically modified organisms” or GMOs. The processes and procedures have certainly helped to grow our food supply, but since these ingredients are found in many different foods, critics want people to know what foods they are eating and to carefully consider the potential harm that may come from eating modified foods.

GMOs are not a new concept, and foods have been modified for at least the past 20 years. The idea of harm is a new one, and now many people are increasingly concerned about the foods.

While those in favor of GMOs claim that the crops grow better and food prices are going down, critics worry that GMOs may be linked to depression, allergies, infertility and even cancer.

Some states have passed legislation requiring food packaging to reflect when any GMOs are included in the food. Some countries, including France, have banned the use of GMOs entirely. This certainly raises more questions about the safety of these foods.

Historically, at least for the last couple of decades, nearly all of the corn, soybeans and sugar beets that are grown around the world have some genetic modification already. The only foods that are certain to be unaffected are those foods that are clearly labeled “100% organic.”

So, it is highly likely that many of the foods you are already eating, and have been eating for a long time, contain some GMOs.

However, it should be noted that this study was quickly retracted by the journal when flaws in the methodology were uncovered, including the use of mice and rats that were considered to be at a high risk for developing cancer.

Because many studies have found no direct correlation between GMOs and cancer, it is difficult to assume that there is a connection.

At this time, there is no solid proof that eating foods containing GMOs are specifically harmful to people, and the practice has been in place for a long time now. The idea of making crops more hearty and increasing food production is very attractive to farmers.

While research will continue, to be sure, in this area, at this time there is no need for alarm when it comes to GMOs. Some states and countries are now even questioning the food labels requiring disclosure of GMOs.

In summary, it is wise to eat as healthy as possible. Because GMOs are most frequently found in processed foods, those who avoid eating processed foods will consume fewer GMOs naturally and, if it turns out that the GMOs are harmful, they will have less to worry about—and have a healthy lifestyle already solidly in place.

Laveen, United States
over 5 years ago

Laveen, United States
over 5 years ago

It would be nice if someone writing on this subject told us exactly what is done to or with these 'geniticly modify an organisms' or plants. That just might make all explanations a little clearer.

An explanation of environmental toxins that are known to cause and contribute to cancer might also help. In fact it may cast a more favorable light on these modified vegtables. Just saying...