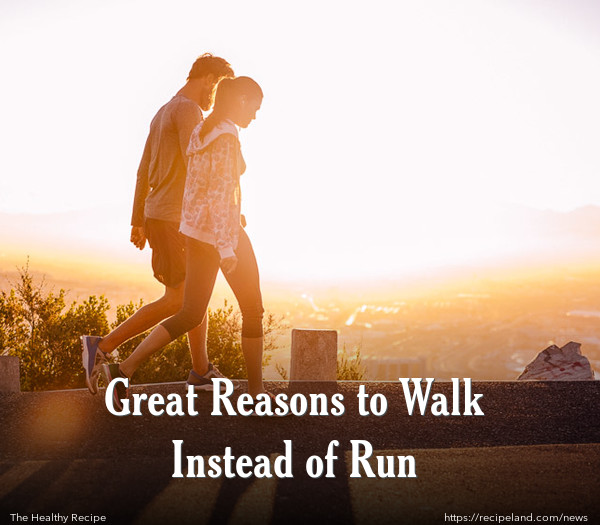 Several recent studies have shown that walking may be more beneficial for your heart than running. Cardiologist James O’Keefe, M.D., of the Saint Luke’s Mid American Heart Institute in Kansas, examined the effects of intense exercise, such as running, on the heart and the human body in general. As a result, the formerly avid runner cut back on his own fitness regimen, which typically included 2-3 running hours daily. O’Keefe states, “If your goal is exercising for overall health and to improve your longevity, then walking is ideal.”

One of O’Keefe’s studies, which was published in the Journal of the American College of Cardiology, found that those who run quickly (seven miles per hour or faster) face the same risk of death as those who are completely sedentary. A second study found that runners who log more than 25 miles per week are no less likely to die than non-runners. Researchers concluded that running more slowly, or briskly walking for about 1-2.5 hours per week can lower your risk of death by up to 25%.

O’Keefe states, “We’re not meant for sustained levels of exercise for long periods of time. After 60 minutes of intense physical activity, like running, the chambers of your heart begin to stretch and overwhelm the muscle’s ability to adapt.” O’Keefe also added that this can cause the amount of free radicals in your system to increase, adrenaline levels to rise, and inflammation to occur within the coronary arteries.

For those that participate in intense training consistently for many years, permanent changes can be seen in the heart. O’Keefe says, “The increase in blood flow to your heart leads to micro-tears. It’s not a big deal if you do it once or twice. They’ll heal in a few days. But when you do this over and over again for many years, it causes stiffness and scarring in the heart that can accelerate aging and contribute to congestive heart failure and atrial fibrillation.”

It’s important to also note that your heart is not the only thing that may be damaged from too much vigorous exercise. Excessive endurance training may weaken your immune system and make it more likely for you to become sick. A study recently conducted at the University of Illinois, Urbana-Champaign, found that prolonged intense activity increases inflammatory proteins in your body. This can allow viruses, including the common cold, to really take hold and spread throughout your body. You may find that you get sick more often if you are exercising too much.

Exercise has long been recognized as the best way to lose weight, but vigorous exercise is not necessarily closely linked with fast weight loss. When the literature is reviewed, it becomes more clear that dietary changes may be more effective for weight loss than exercise.

An article recently published in the journal Obesity found that those who did aerobic exercise five days per week for 45 minutes lost only 2% of their body weight in a year. Those who used dietary changes with exercise lost about 11% of their body weight. This suggests that dietary changes have a more significant effect on weight loss than exercise.

A study which was published in the American Journal of Clinical Nutrition found that when women exercised at an intense level, their appetites increased so dramatically that they ultimately consumed more calories than they burned.

While exercise is certainly good for you in many ways, it is important to remember that running hard may not be the best way to lose weight, if that is your goal.

O’Keefe is quick to emphasize that you should not have to abandon your dreams of running a marathon or other running event. Todd Astorino, Ph.D., a professor of kinesiology at California State University, San Marcos, agrees, and states, “I don’t think that short term training for marathons or another singular event is deleterious to our health. What becomes problematic is chronic training over a long period of time with inadequate recovery.” Without adequate recovery, you put your body at risk for overtraining, injury and illness.

If you find that you are having a hard time finding the motivation to run, you can take it down a notch and walk to improve your health instead. Walking is proving to provide all of the same health benefits, without the added risks of running.

A recent study published in Arteriosclerosis, Thrombosis, and Vascular Biology found that those who walked regularly were actually healthier than their running counterparts. They had a lower risk of high blood pressure, diabetes, and heart disease.

O’Keefe reminds us, “As important as exercise is, it’s important to get the right dose. More isn’t necessarily better.”