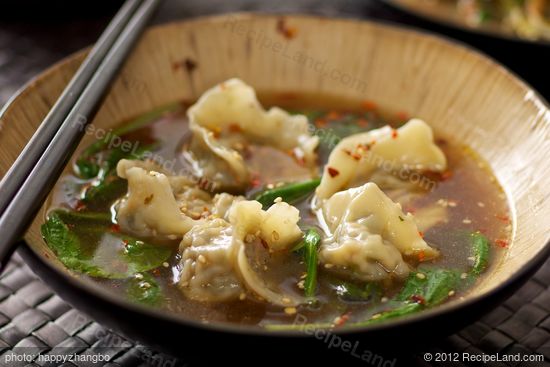 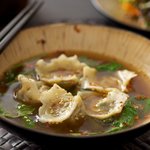 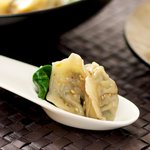 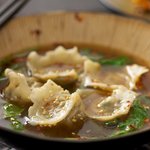 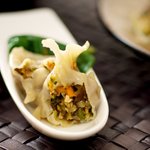 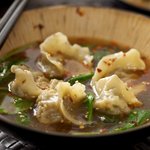 If using dried shiitake mushrooms, bring a small pot of water to a boil.

Boil the dried mushrooms and black fungus for 3 minutes, turn off the heat, and let sit for about 20 minutes.

Then squeeze out as much water as possible.

Remove the tough stems, and finely chop the mushrooms and black fungus.

While the mushrooms and black fungus are soaking in the hot water, place the water chestnuts in a towel and squeeze out as much moisture as possible.

Then add the finely chopped mushrooms and black fungus when they are ready.

Using your hand or a spoon, stir vigorously in one direction to combine the ingredients evenly.

Add the cornstarch and stir to blend. The mixture should be stiff.

Use a fork, teaspoon or two chopsticks to place a scant teaspoonful of the filling in the center of each wonton skin.

Gather the edges of the skin together around the filling and squeeze to form a "waist" as you gradually remove the fork, teaspoon or chopsticks.

Squeeze the "waist" and the ends shut to enclose the filling.

The finished dumpling should look like a drawstring purse.

Place the finished dumplings on a tray that has been lightly dusted with cornstarch.

Heat 4 quarts of water to boiling in a large pot. Add the wontons and cover.

Once the water is boiling again, cook for about 4 minutes or until they rise to the surface.

Remove with a long-handled strainer and drain. Discard the water.

Heat the broth, salt and sesame to boiling.

Add the spinach and cooked wontons and portion into serving bowls.

Garnish with sliced scallions and a few red pepper flakes. 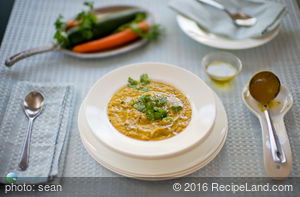 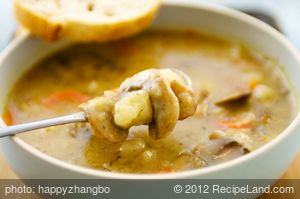 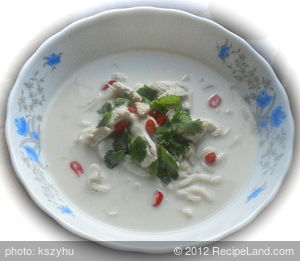