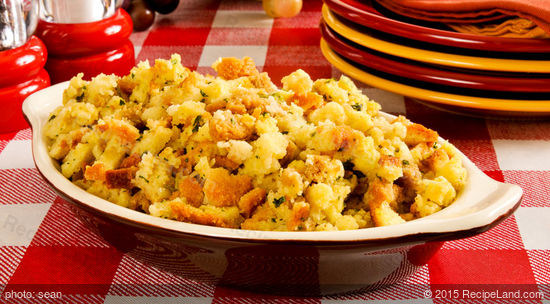 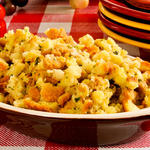 Combine the remainder of the dry ingredientgs and add to the skim milk and egg white mixture.

Stir until blended and pour into a prepared pan; bake for 15 minutes or until bread in done.

Remove from oven and cool.

FOR THE STUFFING: Spray a nonstick skillet with cooking spray and sauté celery and onion until tender.

Add spices; remove and put into a large bowl.

Toss with the broth and sherry and bake covered in a casserole dish previously coated wth cooking spray, about 12 -15 mninutes.

If the stuffing appears to dry, add more broth.

Toward the end of cooking, remove cover to brown. 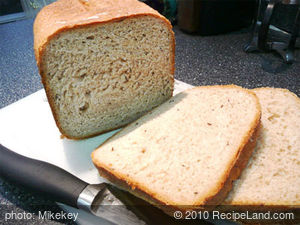 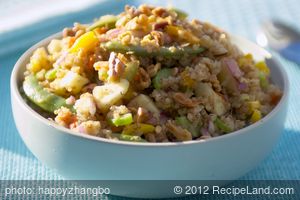 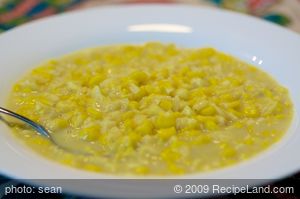