Heat oil in a 10-inch skillet until hot.

Cook tortilla strips in the hot oil until they are light golden brown, about 30 to 60 seconds and then drain.

Cook onions in margarine in a 3-quart sauce pan over low heat until tender, then stir in the flour, salt and pepper.

Remove from heat, stir in half and half (light cream).

Boil and stir for 1 minute, then reduce the heat.

Stir in remaining ingredients except the bacon.

Cook over medium heat, stirring frequently, just until the shrimp are pink, about 9 minutes.

Layer half of the tortilla strips in the bottom of a greased 3-quart casserole; top with half of the seafood mixture.

Repeat with remaining tortilla strips and seafood mixture; top with the bacon. 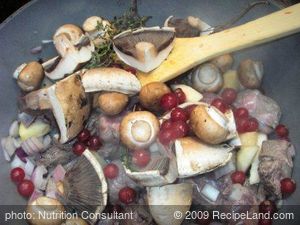 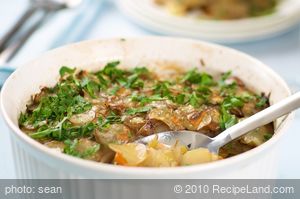 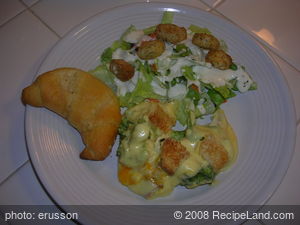