Note: It's much easier to rip the meat off the bones than any knifework I've tried to date.

Pull off shreds and gobbets.

Put peanut butter, honey, cumin and mint in a bowl and mix well.

Microwaving for 30 seconds or so thins it and makes it much easier to mix.

Spread about 2 teaspoon of the peanut butter mix in a thin layer over each piece of breast meat.

Place 1/12 of the shreds and gobbets on the breast and roll them up into a packet.

Tie the packet shut with butcher's twine or fasten with a toothpick.

Arrange the twelve packets in layers in the crock pot, being careful not to let any fall open.

Stir water in to the bowl with any remaining peanut butter and mix well.

Add the packet of bouillon and pour over the chicken packets.

Add water as needed to cover packets to a depth of at least one inch.

Turn crock pot on high for 5 or 6 hours.

Remove packets from pot and let drain on a platter.

Note: All the chicken fat will have migrated to the top of the liquid, which I suspect would probably make a wonderful flavoring for soups and other dishes. 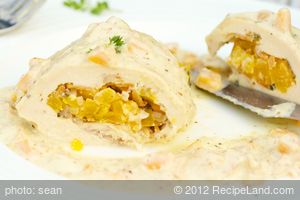 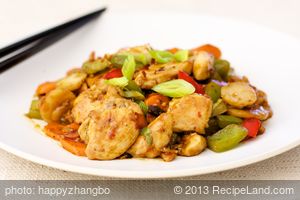 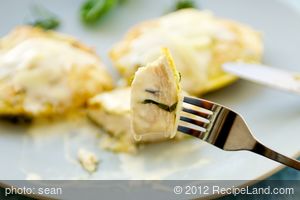 A recent study conducted about chicken meat in Australia revealed some astonishing results.

Take out chicken, too much of a good thing?

Recent report shows you may want to stop eating take-out chicken and replace it with your own home-cooked chicken recipes.

According to the United States Department of Agriculture, a century-long record of meat consumption reveals that within the past decade, chicken and beef are now available to consumers in almost equal quantity.

Is it the Chicken or the Soup?

Recent study of home-made chicken soup investigates this winter cold home remedy.  Enjoying a steaming bowl of chicken soup can make a medical difference in the severity of the common cold!

Don’t get cheated: Water-chilled chicken breasts, the added salt and water are free!

During water-chilling, the traditional method for preparing chicken for market, multiple chickens are soaked in water and injected with a salted water solution to increase its weight.