What is whitefish? About the ingredient whitefish. Including 22 recipes with whitefish, and where to find it.

A whitefish is a broad term that refers to a category of fish that generally live near the bottom of water sources, such a lakes, oceans, ponds, and aquariums.

They are equipped to comfortably reside in close proximity to loose sand and debris. Due to being located near the bottom of water sources near sand, members of this fish category generally have a dry and flaky texture to their flesh when they are cooked and consumed, especially compared to fish who reside closer to the surface of the water and tend to have an oilier texture. Some common types of whitefish are cod, pollock, and halibut.

When whitefish is caught by fisherman and packaged and sold for food, its proximity to the bottom of the water source provides its distinctive texture once it is cooked. The fish has a drier texture, which adds firmness and allows the fish to maintain its shape while it cooks.

Fish that live closer to the surface of water sources have an oil content that can make it too delicate to withstand high temperatures during cooking. The firm texture of whitefish makes it able to hold up during many cooking methods, especially deep frying in hot oil.

Whitefish is usually found in the salad dressings section or aisle of the grocery store or supermarket.

There are 20 recipes that contain this ingredient. 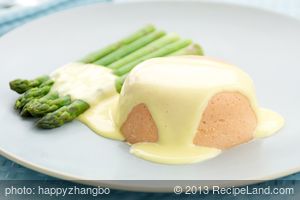