Roll out half the dough ⅛ inch thick on a lightly floured surface, fit it into a 9-inch (1-quart) glass pie plate, and trim the edge, leaving a ¾ inch overhang.

Chill the shell and the remaining dough while making the filling.

In a large bowl toss together the apples, each peeled, cored, and cut into eighths, ¾ cup of the sugar, flour, cinnamon, nutmeg, salt, and lemon juice until the mixture is combined well.

Transfer the filling to the shell, and dot it with the butter.

Roll out the remaining dough into a 13- to14-inch round on a lightly floured surface, drape it over the filling, and trim it, leaving a 1-inch overhang.

Fold the overhang under the bottom crust, pressing the edge to seal it, and crimp the edge decoratively.

Brush the crust lightly with the milk, cut slits in it with a sharp knife, forming steam vents, and sprinkle the pie evenly with the remaining 1 tablespoon sugar.

Bake the pie on a large baking sheet in the middle of the oven for 20 minutes, reduce the temperature to 350℉ (180℃) F, and bake the pie for 20 to 25 minutes more, or until the crust is golden and the apples are tender. 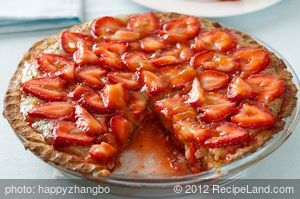 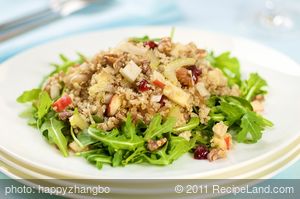