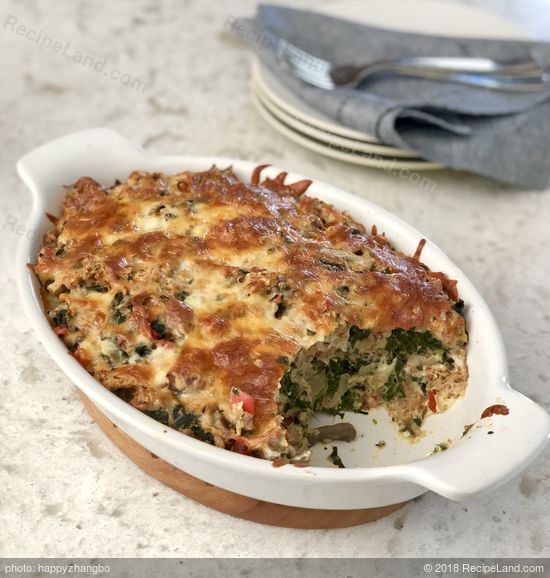 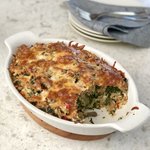 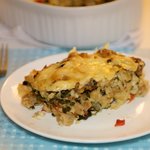 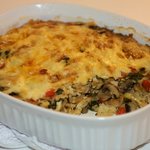 A great way to use up day old bread. A savory version of bread pudding with spinach and mushrooms that's cheesy delicious.

Add eggs in a large bowl, and whisk until well mixed. Whisk in milk, hot sauce, salt, and pepper to taste until well blended.

Stir in bread cubes until evenly coated. Cover and chill in the refrigerator for 30 to 40 minutes.

In the meantime, preheat oven to 350℉ (180℃). Coat an 8-by-8-inch glass baking dish with cooking spray or grease with butter.

Put a kettle of water on to boil for the water bath. Cook spinach according to package directions.

Drain, rinse with cold water and use a back of a spoon, or your hands to squeeze out extra moisture. Set aside.

Heat oil in a large nonstick skillet over medium heat.

Stir in onion and bell pepper, cook, stirring often, until tender and golden, about 5 minutes. Stir in mushrooms and garlic until blend.

Cook, stirring, until most of the moisture from the mushrooms has evaporated and mushrooms start to brown, 6 to 8 minutes.

Stir in the spinach, salt, and pepper to taste; cook, stirring, 2 to 3 minutes. Stir in the mushroom mixture and ½ cup cheese to the egg mixture until well mixed.

Transfer into the prepared baking dish, sprinkle the remaining ½ cup cheese evenly over the top.

Bake until the pudding is set in the center, 55 to 60 minutes. Allow to cool for a few minutes, serve hot or warm. 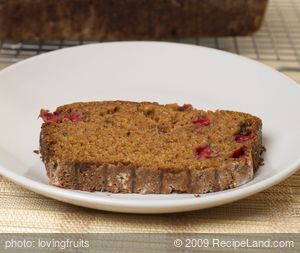 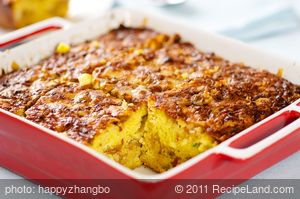 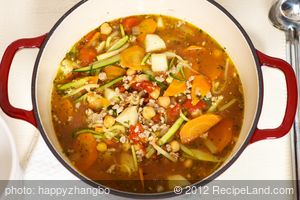