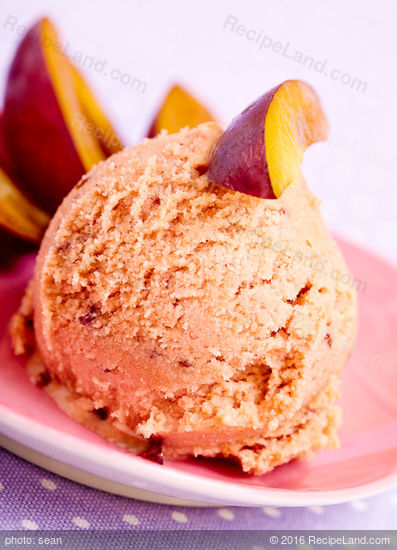 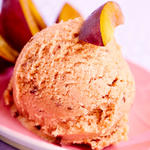 A great summer time dessert, lots of ripe and sweet plum give the souffles delicious flavor!

Fold each in half lengthwise.

Wrap 1 foil strip around each of four ¾ cup soufflé dishes, forming collars that extend from base to above rim.

Fold and crimp ends to secure.

Simmer over medium heat until mixture turns bright red and is reduced to 1½ cups, stirring once a few minutes, 7 to 9 minutes.

Remove bowl and set on a flat working surface.

Fold in egg mixture until smooth and well folded.

Spoon mixture into prepared soufflé dishes evenly (During the baking, mixture will extend above rim of dishes).

Cover with plastic, freeze overnight or up to 1 week.

To make the sauce:

Mix together chopped plums and sugar in heavy medium saucepan.

Simmer over medium heat until mixture turns bright red and is reduced to 1⅓ cups, stirring often, 9 to 11 minutes.

Stir in 6 tablespoons water and cardamom.

Remove from heat and transfer to processor and puree.

Cover and refrigerate until chilled, at least 4 hours or overnight.

Use spoon to drizzle some sauce over each souffle.

Note: You can always make the ice cream only. It is delicious on its own. 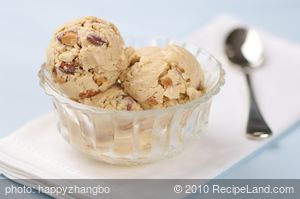 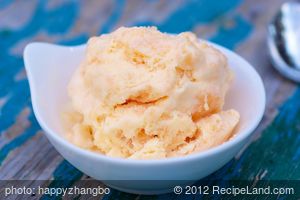 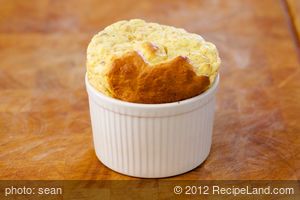