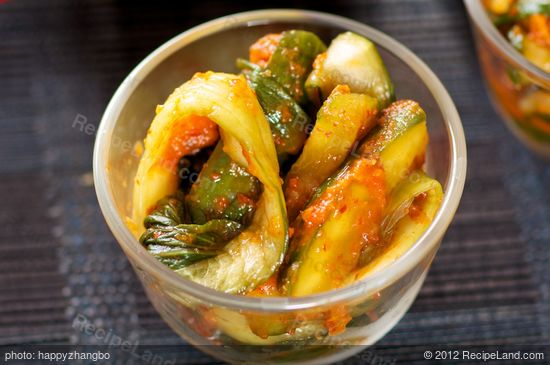 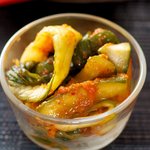 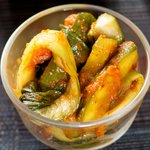 There are so many kinds of kimchi. Cucumber and bok choy together make a delicious and crunchy kimchi that goes well with any Korean dishes.

In a large bowl, add the cucumber sticks and bok choy.

Sprinkle the salt over, put on a rubber glove, and toss until well mixed and coated.

Let sit at room temperature for about 3 hours.

Add onion, garlic, ginger, apple, rice and water in a food processor or a blender.

Transfer the purée into a bowl and stir in the chili flakes and honey until well mixed.

Let it sit for about 20 minutes.

In a large mixing bowl, add apple, sliced onions and scallions, pour the spice paste over, toss and massage until mixture is well combined. Set aside.

To make the cucumber kimchi:

After 1 hour, drain the cucumbers and boy choy and rinse with cold and running water twice.

In mixing bowl, add cucumbers, bok choy and seasoning mixture that has sit for about 20 minutes to taste.

Put on the rubber glove, and massage cucumbers and bok choy with seasoning mixture until well combined.

Place cucumber kimchi into a jar, then well seal it.

Allow to sit at the room temperature for 1 day.

Store in the refrigerator for up to months. 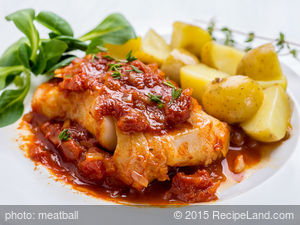 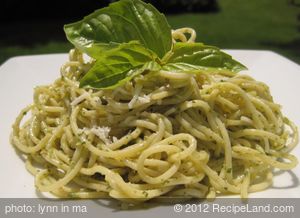 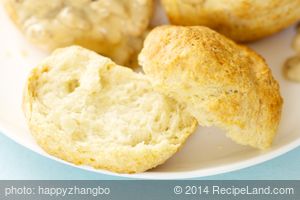