This Greek stye salad uses quartered cherry tomato, after sitting for half an hour, spin most of the juice out, which makes a not watery salad, then reduce the juice with other spices to create a tangy dressing, and the black olives, cucumbers and feta cheese together create this flavorful, succulent, and refreshing salad. 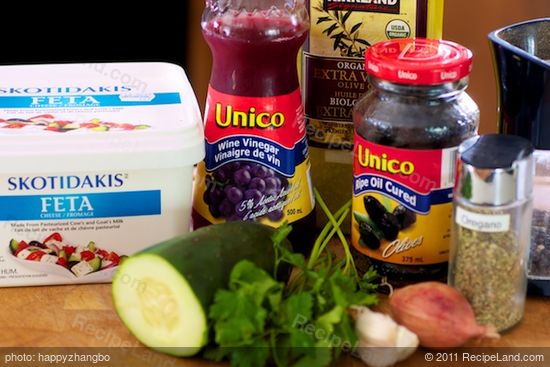 Add the tomatoes, salt, and sugar in a medium bowl, and gently toss until combined. Allow to stand for half an hour to 1 hour. 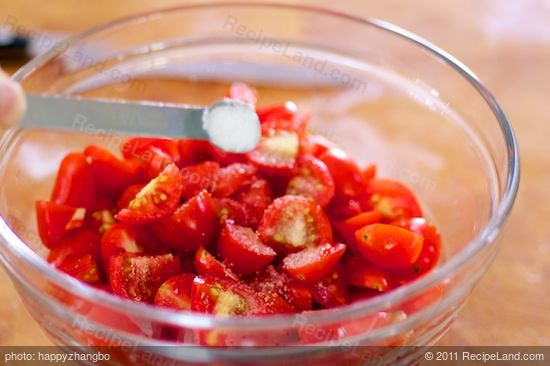 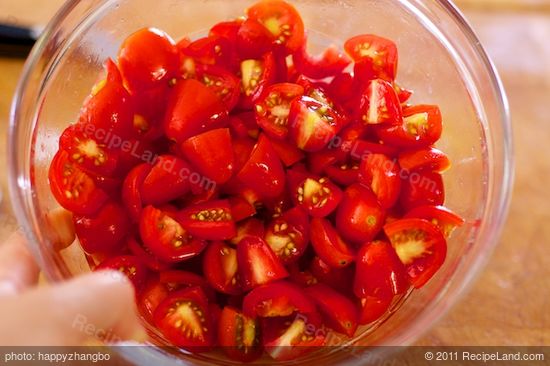 Transfer the tomatoes to salad spinner and spin until seeds and excess liquid have been removed, about 60 second, stop and stir to redistribute the tomatoes a few times during processing. 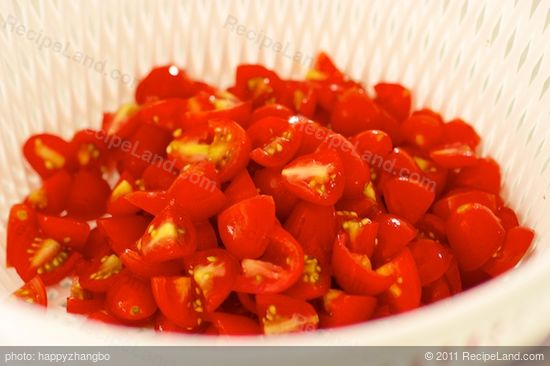 Put the tomatoes to the bowl and set aside.

Place the tomato liquid through a fine-mesh strainer into a measuring cup, pressing on the solids to get as much juice as possible.

In a small sauce pan, bring ½ cup tomato juice (discard any extra), garlic, oregano, shallot, and vinegar to a boil, then reduce the heat, and simmer over medium heat until reduced to 3 tablespoons, about 7 minutes. 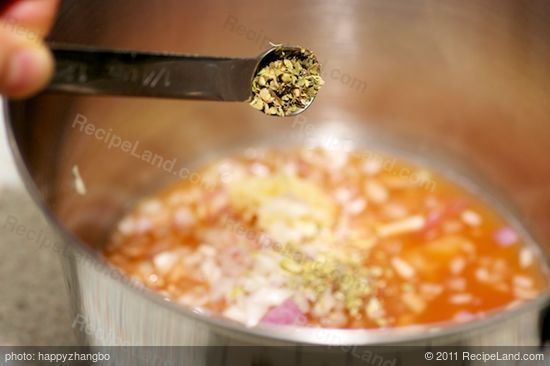 Transfer the mixture to a small bowl and cool to room temperature, 4 to 6 minutes.

Whisk and stir the oil and black pepper to taste until well mixed.

Season with salt to taste if needed.

In the bowl with tomatoes, gently toss the cucumber, olives, feta, dressing, and parsley together until well mixed. 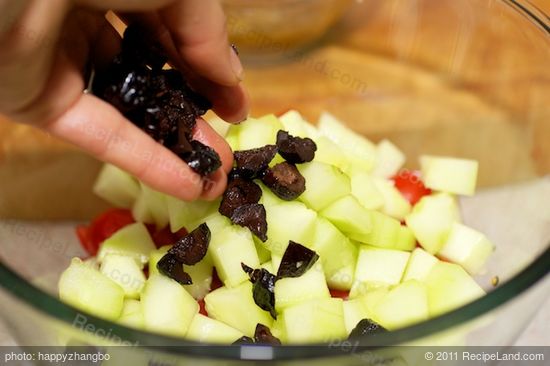 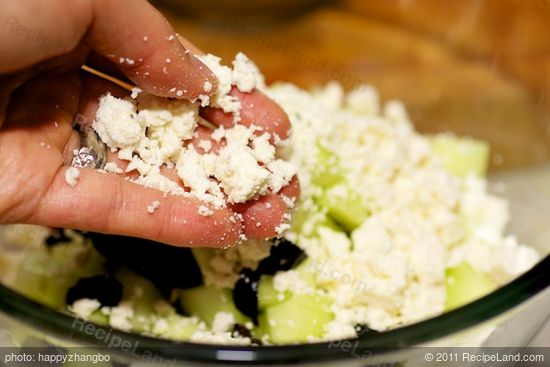 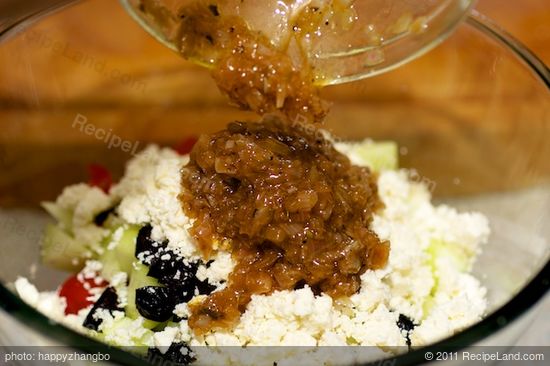 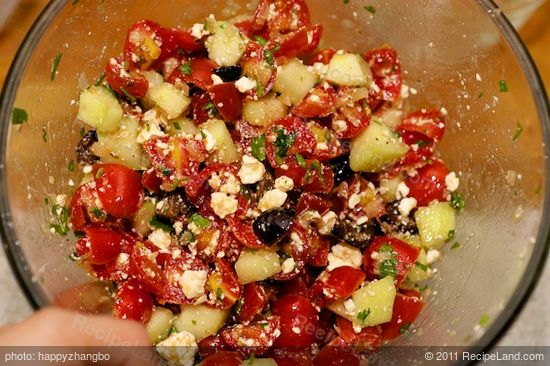 Serve with any kind of main course or pita bread. 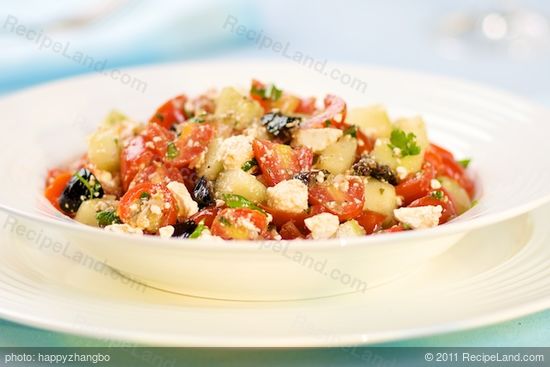