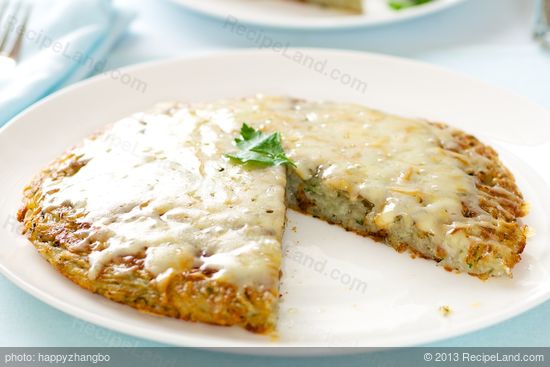 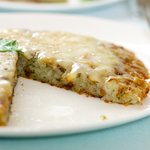 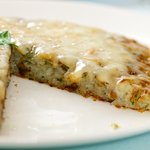 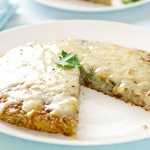 A mixture of parsley, oregano, and scallions is added into the shredded potato, sprinkle the smoked cheddar on top at the last a few minutes. Use regular cheddar cheese if you don't have smoked cheddar.

Melt the butter or half butter with half olive oil in a 10-inch nonstick skillet over medium heat.

Add the parsley, oregano, and scallions into the potatoes.

Season the shredded potatoes with the salt and black pepper to taste.

Spread the potatoes evenly in the skillet.

Press with the spatula to form a big pancake.

Cook until the bottom crust becomes golden and brown, 14 to 16 minutes.

Press the potatoes with the spatula about three times during the cooking.

Shake the pan or loosen the roesti with the spatula.

Place a large plate over the skillet, and carefully invert.

Return the roesti to the pan by sliding the plate.

Continue to cook until the now-bottom crust turns golden brown as well, about 12 minutes.

Sprinkle the cheese on top at the last 5 minutes. Cover and cook until the cheese melts. 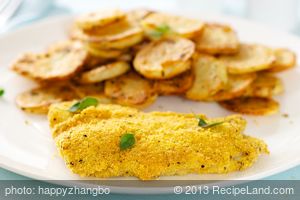 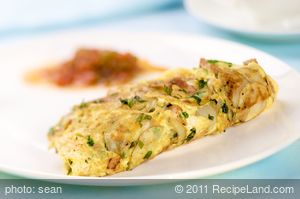 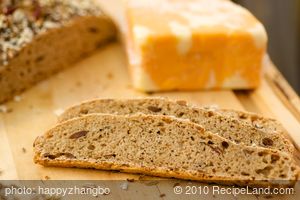