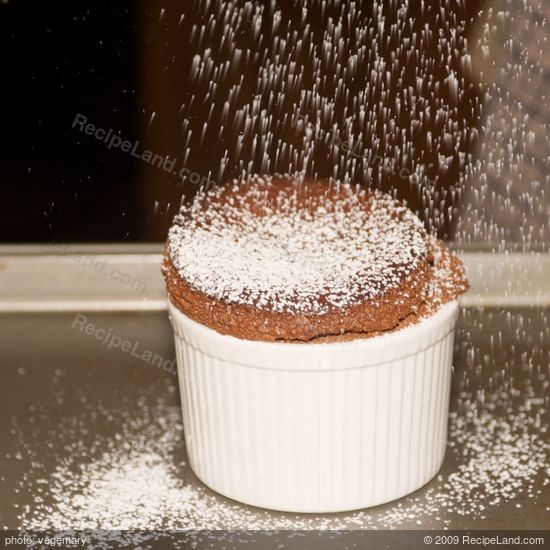 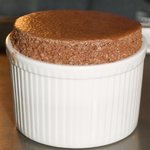 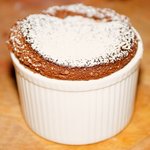 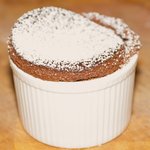 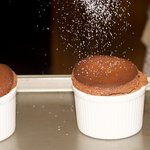 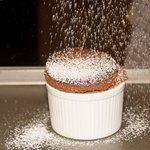 Light, fluffy and chocolaty. Well satisfied all my cravings for something sweet and chocolaty, and the recipe was easy to follow. It was so exciting to watch how these beautiful and elegant souffles puffed up during the baking. Already saved it into my recipe box, will make it again for sure.

Position rack in center of oven, preheat oven to 375°F.

Place chopped chocolate in the top of a double boiler over hot, but not boiling water.

Remove from the heat and stir until the chocolate melts completely.

Whisk egg yolk and cream in a medium bowl until combined.

Whisk in the chocolate until smooth, then whisk in flour and cinnamon until incorporated.

Beat egg whites and salt in a medium bowl with an electric mixer on high speed until soft peaks form.

Using a rubber spatula, gently fold half the beaten whites into the chocolate mixture until fairly smooth, then gently fold this combined mixture back into the remaining egg whites until no white streaks remain.

Divide them between the prepared dishes and place on a baking sheet.

Bake until puffed and firm to the touch, 18 to 22 minutes.

Dust with confectioners’ sugar, if using.


Warkworth, New Zealand
over 11 years ago

This recipe looks beautiful. I may well make it sometime.

Segarini
LA, CA
over 11 years ago

Used this when I wanted to impress some in-laws. Pre-measured and prepared in advance, then made it while the guests watched. Sat down, had some wine and took it out of the oven and served on the spot. OMG they're so impressed.


Lindsay, Canada
over 11 years ago

yes, it is wonderful. 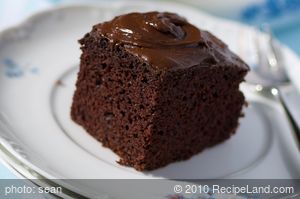 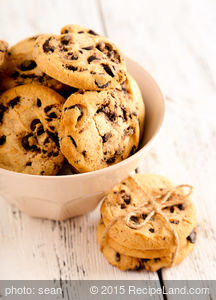 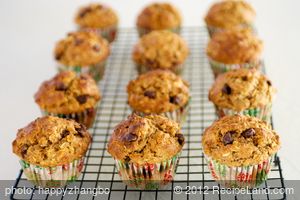