This delicious brioche can be used to make lots of delicious recipes, such as bread pudding, breakfast French toast casserole... It's buttery, flakey and tasty.

Butter a loaf pan and cut a piece of parchment or wax paper to fit the inside bottom of the pan.

About 40 to 45 minutes after placing the dough in the pan to rise, preheat the oven to 350 degrees, setting a rack in the middle level.

In a small saucepan over low heat, warm the milk until it is just warm, about 110 degrees.

Remove from heat and pour into a small bowl.

Whisk in the yeast, then stir 1 cup of the flour into the yeast and milk mixture.

Cover the bowl with plastic wrap and set aside at room temperature while preparing other ingredients.

It may begin to rise slightly before you add it to the other ingredients.

Cut the butter into 6 or 8 pieces and combine with sugar and salt in the work bowl of a food processor, fitted with the metal blade.

Pulse at one-second intervals until the mixture is soft and smooth, scraping the inside of the bowl several times to ensure even mixing.

Add the eggs, one at a time, and process until smooth.

If the mixture appears curdled, continue to process for about 1 minute longer, until it looks smoother.

(It may remain somewhat curdled in appearance).

Add the remaining 1¼ cups flour, then the milk-yeast-flour mixture, scraping it from the bowl with a rubber spatula.

Pulse at one-second intervals until the ingredients form a soft, smooth dough.

Then process continuously for fifteen seconds.

Remove work bowl from base and remove blade.

Scrape dough onto a generously floured work surface and fold it over on itself several times to make it more elastic.

Press the dough into a rough rectangle, about 9 by 5 inches.

Fold each side about 1 inch in toward the center and press firmly to seal.

Then starting at the top of the rectangle, fold the dough to the middle.

Fold the bottom of the dough up past the seam and pinch to seal.

Place the dough in the prepared pan, seam side down.

Press the top of the dough firmly with the palm of your hand to flatten it and fill the pan evenly.

Cover with a piece of buttered plastic wrap or a towel and allow to rise until it is about one inch above the rim of the pan.

Using the corner of a razor blade or the tip of a sharp knife held at a 30 degree angle to the top of the loaf, cut a slash down the middle of the top beginning and ending about one inch from the ends of the loaf.

Bake the loaf for about 40 minutes, until it is well risen and a deep golden color.

Place the pan on a rack to cool 5 minutes.

Then invert the loaf to the rack and turn it on its side to cool Variation: Cinnamon Raisin Brioche Loaf: sprinkle dough with cinnamon and about ½ cup raisins, then roll up and place in pan. 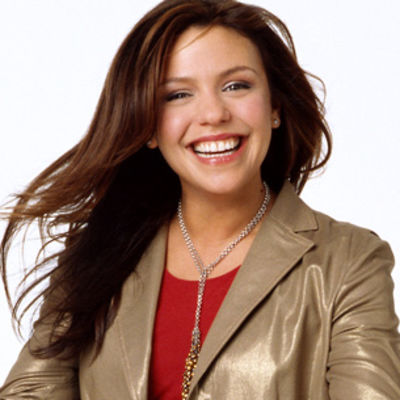 Rachael Ray’s latest show, Rachael Ray’s Week in a Day, puts her time-saving idea of “one day of cooking, five days of eating” into practice.