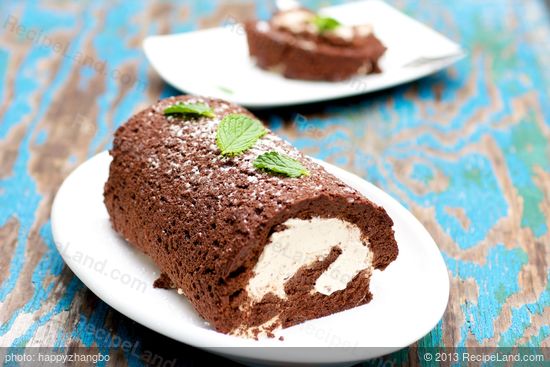 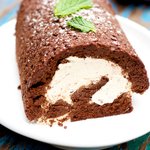 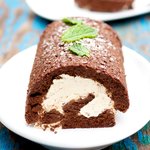 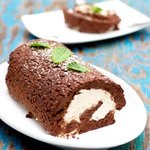 A very decadent dessert indeed. The chocolate roulade was packed with chocolate flavor, and the coffee cream was rich, creamy and delicious. You don't need much, only one slice is enough to knock your socks off.

Grease a 25cm x 30cm Swiss-roll pan; line the base with baking paper.

Place a piece of baking paper cut the same size as the Swiss-roll pan on a board or bench; sprinkle evenly with caster sugar.

Combine chocolate, water and half the coffee powder in a large heatproof bowl.

Stir over a large saucepan of simmering water until the mixture is smooth; remove from the heat.

Beat the egg yolks and extra caster sugar in a small bowl with an electric mixer until thick and creamy; fold egg mixture into warm chocolate mixture.

Meanwhile, beat the egg whites in a small bowl with an electric mixer until soft peaks form; fold the egg whites, in two batches, into the chocolate mixture.

Spread into prepared pan; bake in a moderate oven for about 10 minutes.

Turn the cake on to the sugared paper, peeling away the baking paper; use a serrated knife to cut away the crisp edges from all sides.

Cover the cake with a tea towel; cool.

Dissolve the remaining coffee powder in the extra water in a small bowl.

Roll cake, from long side, by lifting paper and using it to guide the roll into shape. 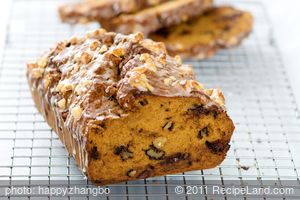 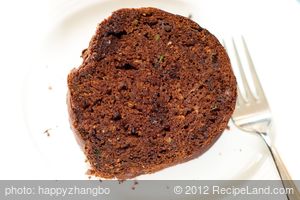 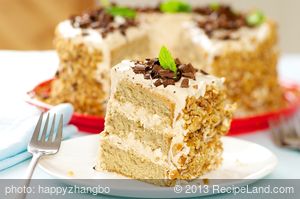