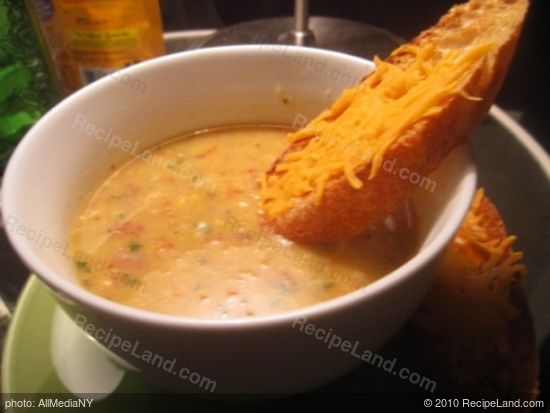 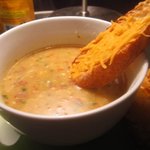 This is one of those recipes that is more of a guideline—I really encourage you to adapt the amounts and ingredients to your tastes. If you like it chunky, don’t puree it. If you like a thinner soup, add more chicken broth. If you don’t like heat, omit the cayenne.

Note: This recipe makes a lot, but I found out the hard way that it doesn’t freeze well. If you’re making this for one or two and don’t think you want to eat this for a couple of days, then consider halving it.

Melt butter in a large soup pot. Add in bell peppers and leeks. Sauté for about 8 minutes or until soft.

Add in corn kernels, thyme, seafood seasoning, potatoes, cayenne and chicken broth. Bring to a boil, then reduce heat and simmer for about 20 minutes, or until potatoes are tender.

Turn off the heat and add in half & half and parsley. If desired, partially purée the soup with an immersion blender or a stand up blender.

Meanwhile, make the cheddar cheese toasts by topping the baguette slices with cheese and baking them in the oven until bread is crispy and cheese is melting, about 10 minutes.

Serve soup topped with extra cheese, hot sauce, and with cheese toasts on the side. 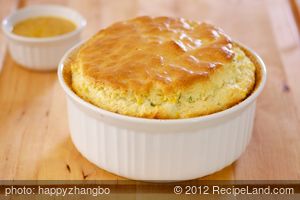 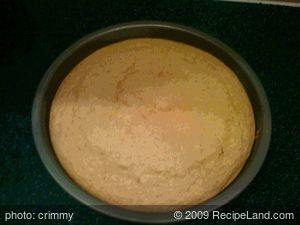