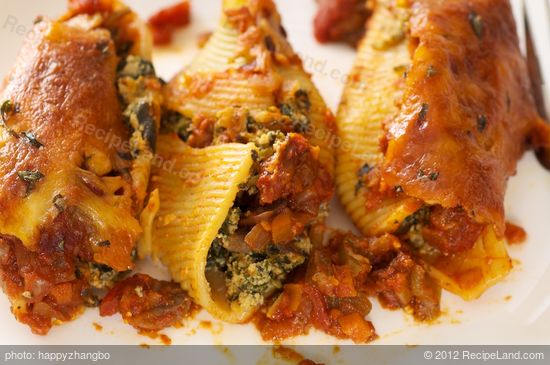 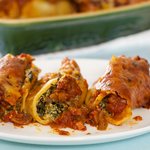 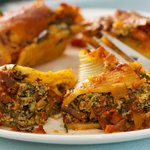 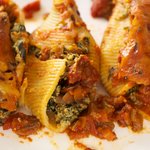 Made the vegetarian version of this recipe, and it turned out cheesy and delicious.

Cook manicotti, drain and set aside.

Add onion, stirring often, and cook until onions are soft and browned, about 6 minutes.

Stir in mushrooms, and cook until mushrooms are browned and most liquid has been evaporated, another 6 minutes or so.

Add spinach, and cook for about 2 minutes.

Stir in chicken bouillon, garlic and thyme, and cook for another 1 minute.

Remove from heat and cool for a few minutes.

Mix in ricotta, eggs, Parmesan cheese, oregano and ½ the mushrooms until well combined.

Sprinkle with more oregano and cover with Mozzarella.

Cover and bake until hot and bubbly, about 45 minutes.

Stir in mushrooms and cook until most of liquid has been evaporated and mushrooms are browned, about 6 minutes.

Mix with all other ingredients.

Proceed as in first recipe. 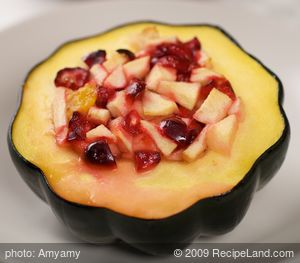 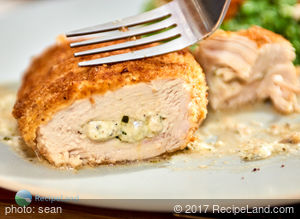 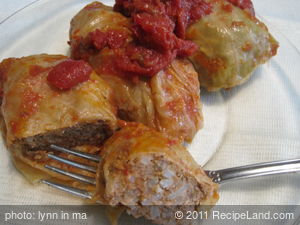