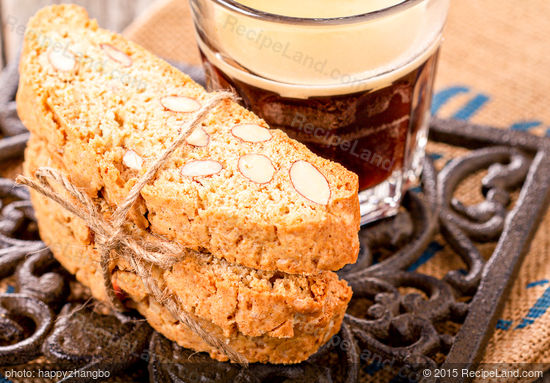 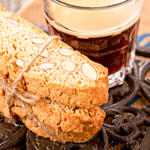 Try this simple, but scrumptious Italian favorite that's made with crunchy almonds.

Stir in flour, baking powder and salt. Form into a long loaf (or loaves), place on a cookie sheet and bake for 20 to 30 minutes or until firm and softly cakelike. Remove from oven and let cool slightly. When cool enough to handle, slice into ½ inch diagonal slices and return to cookie sheet. Bake for 15 to 25 miutes, turning once, until both sides are brown-flecked and toasted. Cool thoroughly and store in an airtight jar. Makes 2 to 3 dozen.

Variation 2: for a clasic anise-flavored biscotto, substitute Pernod, Ouzo or Anisette for the brandy and omit the almond extract. Several tablespoons of anise seeds may be added for additional oomph.

Variation 3 (Hazelnut biscotti): use hazelnuts in place of almonds. A hazelnut liqueur may be used instead of brandy. Omit the almond extract.

Variation 4 (Mediterranean biscotti): use rosewater instead of brandy. Substitute unsalted pistachio nuts for the almonds, and add ¼ to ½ cup diced figs to the dough.

Variation 5 (Ginger-flavored biscotti): to the basic dough, add 1 tablespoon powdered ginger, a generous dash of cloves and cinnamon, 1 or 2 tablespoon of candied ginger and ¼ cup raisins, if desired. Omit the almond extract.

Variation 6 (Paximatha): this Greek rusk dates back to the 5th century, virtually unchanged. Substiture ½ to ¾ cup toasted sesame seeds for the almonds. Omit the almond extact and flavor the dough with 1 teaspoon cinnamon and ½ teaspoon cloves.

Variation 8; Pine nuts may be used instead of almonds, though the richness may be less desirable than the crunch of the toasted almonds. Candied fruits, too, may be added, ¼ to ½ cup assorted fruits blended into the dough before baking.

Variation 9 (Chocolate Dipped): melt ½ pound semi-sweet chocolate in the top of a double boiler over just simmering water. If it 'seizes' or 'tightens', add 2 tablespoon of unsalted buter and it should smooth out again. Dip only one side of each cookie (the chocolate won't seal in the moisture that way). 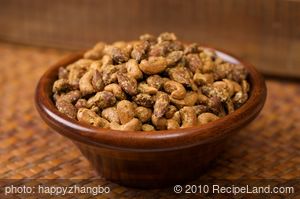 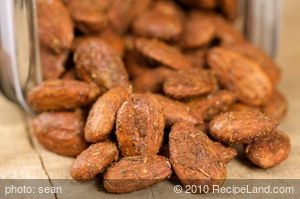 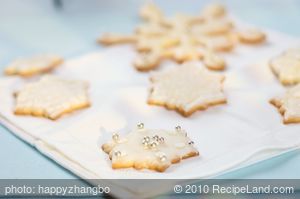