What are chia seeds? About the ingredient chia seeds. Including 9 recipes with chia seeds.

Chia seeds are typically small ovals with a diameter of about 1 mm (0.039 in). They are mottle-colored with brown, gray, black and white.

Chia seeds can absorb up to 12 times their weight in liquid when soaked. While soaking, the seeds develop a gel-like coating that gives chia-based beverages a distinctive texture.

Chia seed is traditionally consumed in Mexico, and the southwestern United States, but is not widely known in Europe.

Chia seed is commercially grown in Nicaragua, Australia, and Guatemala. In 2008, Australia was the world's largest producer of chia.

According to the USDA, a one ounce (28 gram) serving of chia seeds contains 9 grams of fat, 5 milligrams of sodium, 11 grams of dietary fiber and 4 grams of protein. The seeds also have 18% of the recommended daily intake of calcium, 27% phosphorus and 30% manganese, which is similar in nutrient content to other edible seeds such as flax or sesame.

Even though preliminary research indicates potential for dietary health benefits, this work remains sparse and inconclusive as of 2013.

Typical use of Chia seeds for consumption may be added to other foods as a topping or put into smoothies, breakfast cereals, energy bars, yogurt, made into a gelatin-like substance, or consumed raw.

One pilot study found that 10 weeks ingestion of 25 grams per day of milled chia seeds, compared to intact seeds, produced higher blood levels of alpha-linolenic acid and eicosapentaenoic acid, an omega-3 long-chain fatty acid considered good for the heart, while having no effect on inflammation or disease risk factors.

There are 9 recipes that contain this ingredient. 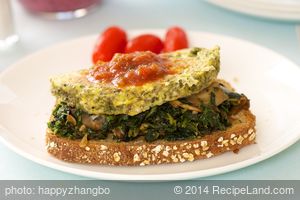 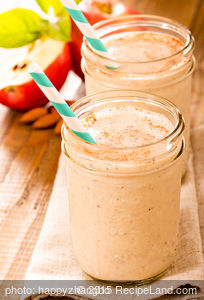