Cream butter and sugar together.

Add flour and baking powder and salt alternately with milk.

Turn out to cool for at least 20 minutes before turning upright.

When layers are cool assemble cake as follows Put bottom layer on a plate and spread lightly with orange marmalade.

Put second layer upside down on bottom layer and spread it with marmalade, then put the third layer on the cake top side up.

Orange frosting: Fill a large saucepan with about 3 inches of water.

Heat until water begins to simmer.

Turn heat off. Then in a 2 quart straight sided heat proof bowl combine the sugar, cream of tartar, salt, egg whites and cold water, reheat water in pan until it is again simmering, but not boiling.

Set bowl in hot water and beat with rotary beater until frosting stands in peaks about 5 to 7 minutes.

Remove from water add orange flavoring and vanilla and beat a few minutes longer to blend and to firm up the frosting. 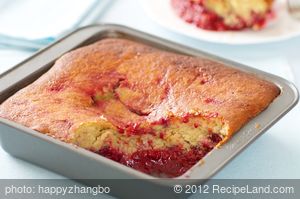 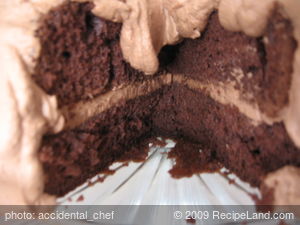 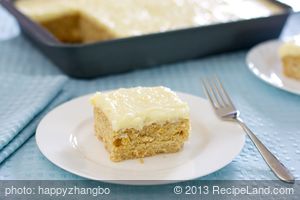