In a small bowl sprinkle gelatin over cold water and brandy and allow to soften.

While that soaks, combine egg yolks and sugar in small mixer bowl and mix at high speed with electric mixer until mixture forms ribbons when beaters are lifted.

Remove from heat and stir in softened gelatin until disolved.

Stir in vanilla and rum.

Pour custard into a medium bowl set into a larger bowl of ice and water and allow to cool, stirring frequently.

When it begins to set around the edges, remove from ice bath (do not allow to set completely).

In chilled bowl, beat cream to soft peaks and fold gradually into custard.

If necessary, refrigerate filling a few minutes until it mounds when spooned.

Pile filling into crust and refigerate until set (about an hour). 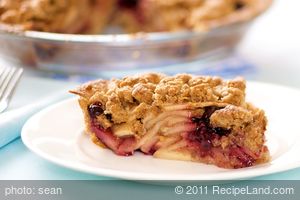 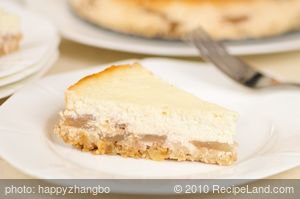 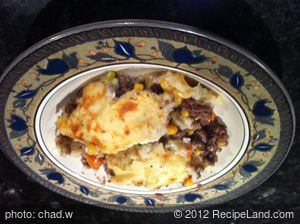