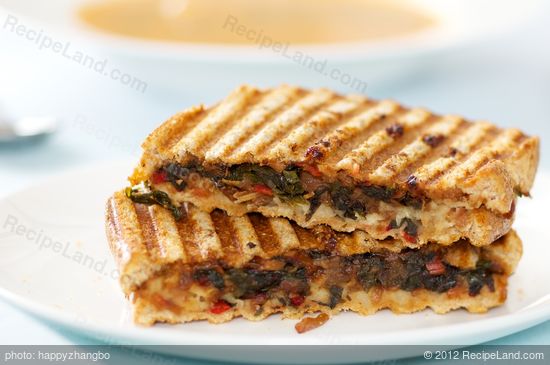 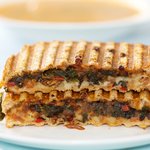 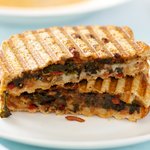 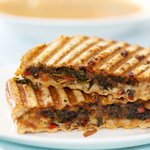 These delicious panini is made with whole grain bread, spread with creamy yet tasty white bean spread, topped with swiss chard that's braised in a mixture of broth and wine. It fills you up, gives you all the nutrients you need, and satisfies your tummy.

To cook the greens:

Thoroughly wash the greens in cold water three times to get rid of the dirt.

Trim the tough ends off, chop the stems into ¼ inch slices, set aside.

Then chop the leaves into 1-inch pieces. Set separately with stems.

Heat the oil in a large nonstick skillet over medium hight heat.

Add the onions, stirring occasionally, and cook until the onions are browned and soft, about 5 minutes.

Stir in the prepared stems, and cook until the stems start to become soft, another 3 minutes.

Add the greens in bunches until the leaves are wilted.

Pour the broth into the skillet.

Reduce the heat to low, cover and cook, stirring a few times, until the greens are very tender, about 15 minutes.

Remove the lid, and keep simmering until all the liquid is evaporated.

Remove from the heat, and set aside.

To make the bean spread:

While you are cooking the greens, heat ½ tablespoon of olive oil in a small nonstick skillet over medium-high heat.

Add the red onions and garlic, stirring once a while, and cook until onions start to brown and tender, about 5 minutes

Pour in the wine, and simmer until most of the wine has been evaporated, about 4 minutes.

Add the beans, stirring often, and cook until beans are well combined and well heated, about 3 minutes.

Transfer the bean mixture into a food processor, process until the mixture is smooth.

To make the panini:

Brush one side of each slice of bread with olive oil.

Set the bread slices on a cutting board or a large plate with the oiled side down.

Spread same amount of the bean mixture on 2 slices of bread.

Place same amount of the braised greens evenly on top of bean mixture.

Place the remaining slices of bread on top, oiled-side up.

Arrange the sandwiches in a panini maker, and cook until golden, brown and crispy.

Note: If you don't have a panini maker, just simply cook the sandwiches in a hot nonstick skillet over medium or medium-low heat like making a grilled cheese. 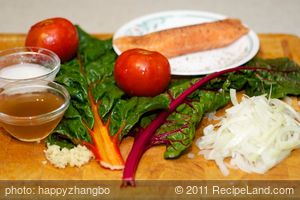 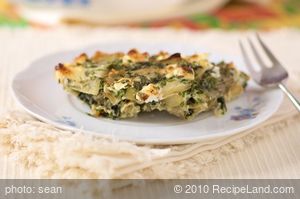 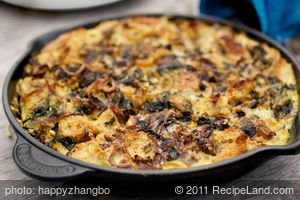