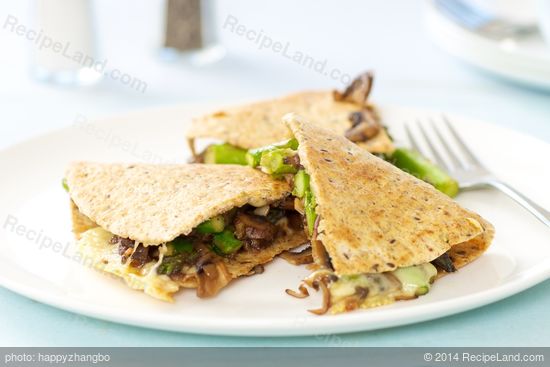 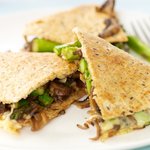 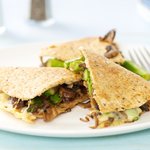 This delicious and filling quesadillas are packed with goodness. It's a perfect breakfast, brunch or lunch with some fresh fruits aside.

Add the onions, stirring occasionally, and cook for about 5 minutes or until the onions are softened and start to become brown.

Stir in the mushrooms, and cook for 4 to 6 minutes or until part of the water is evaporated, and the edges of mushroom start to brown.

Add the asparagus, stirring often, and cook until the asparagus become tender and brightly green, about 4 minutes.

Sprinkle one portion of mozzarella cheese onto each of the half tortilla, then sprinkle with a bit pickled jalapeños if needed.

Spoon half the vegetable mixture on top of the cheese of each half tortilla.

Sprinkle remaining each portion of cheese over the veggie mixture.

Fold the other half tortilla over to form a quesadilla.

Heat another 1 tablespoon of olive oil in a large nonstick skillet over medium high heat until hot.

Cook for about 3 minutes until the bottom layers are golden and brown. Meanwhile preheat the broiler.

Brush the top layers with the remaining ½ tablespoon of olive oil.

Place the pan under hot broiler about 5 to 6-inch away from the broiler.

Watch carefully, and broil until the top layers are browned, 1 to 2 minutes, depending on how hot your broiler is and how close the pan is.

Remove from the oven with an oven mitt or a thick kitchen towel, the handle of the pan is hot.

Transfer the quesadillas to a cutting board, and cut each into two or three pieces.

Serve warm with salsa and/or sour cream if needed. 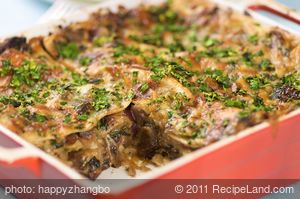 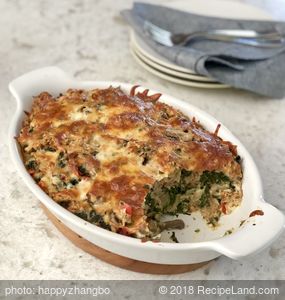 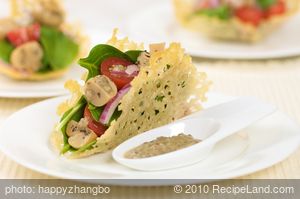