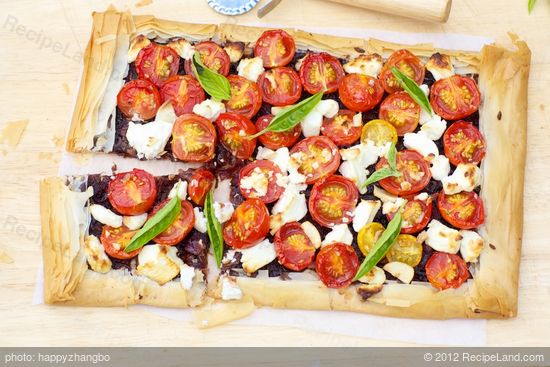 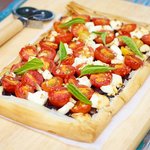 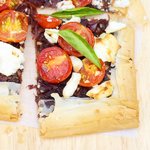 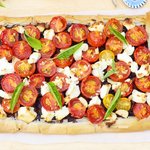 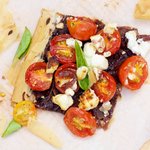 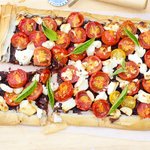 A delicious way to enjoy cherry tomatoes. We have lots of cherry tomatoes growing at our backyard, they are juicy, sweet and screaming the ripeness to us. This recipe is a perfect fit, simple ingredients, easy to make, and it tastes absolutely delicious.

Add garlic and onion, stirring occasionally, and cook until onions are soft, brown and well caramelized, about 15 minutes.

Stir in balsamic vinegar, and cook for another 1 to 2 minutes until vinegar evaporates.

Remove from heat, set aside and let cool for about 5 minutes.

While onions are cooking, prepare phyllo sheets, and make sure to cover remaining sheets with clean damp towel to prevent from bring dry out.

Fold in about ½-inch edges of phyllo to form crust.

Cover loosely with damp towel if onions are not ready.

Once onions are done and cooled slightly.

Place cherry tomatoes and goat cheese on top of onions.

Bake for 40 to 50 minutes, or until phyllo crust is golden-brown, cheese becomes browned on top, and tomatoes are slightly shriveled.

Remove from oven and let cool for 5 minutes.

Slice into squares and top with fresh basil or arugula.

Serve warm or at room temperature.

Who could resist this tart...all the ingredients complement each other so well! Also, love how easy it is to make! 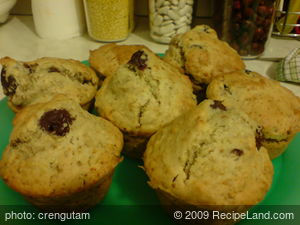 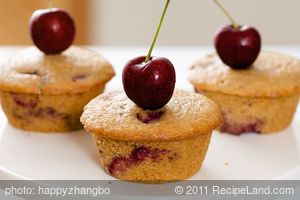 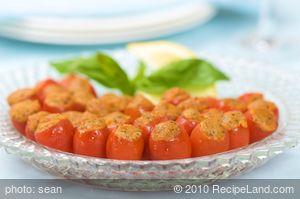