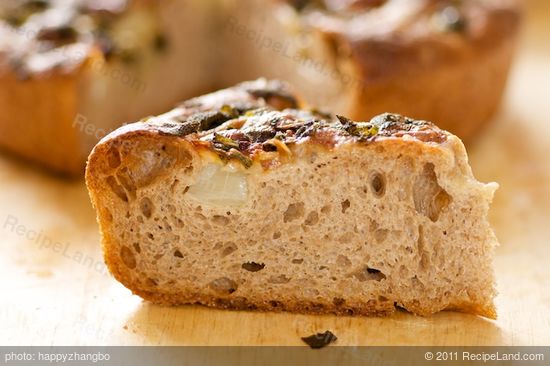 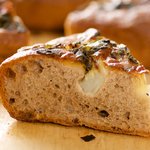 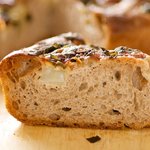 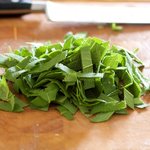 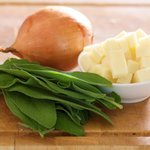 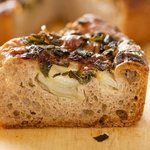 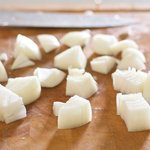 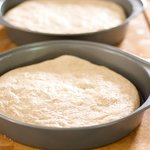 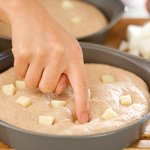 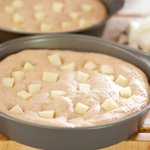 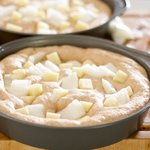 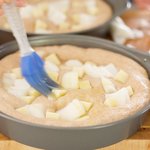 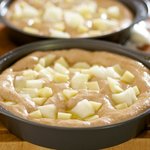 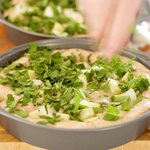 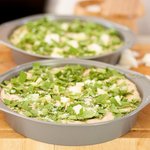 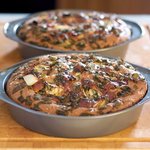 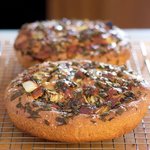 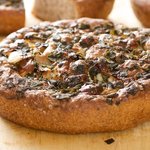 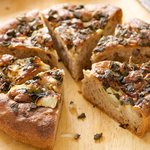 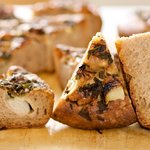 This focaccia turns out crusty outside and fluffy inside, onion and sage add the deliciously refreshing flavor, mozzarella gives the mildly cheesy flavor, and olive oil brings the tang to the bread. Eating it plain is absolutely tasty and it can be made into a delicious sandwich!

Preheat the oven to 450 degrees.

Once the dough is ready in the cake pan.

Push the mozzarella cubes into the focaccia dough while simultaneously pushing outward to push the dough toward the edge of the pan, placing the cubes evenly over the surface and pressing them so deeply they are almost flush with its surface.

Brush the surface with olive oil, and sprinkler the sage and sea salt over the top.

Let the focaccia sit until it has risen and puffed around the toppings, 20 to 30 minutes.

Place the focaccia on the center rack of the oven and bake until crisp and golden-brown, 30 minutes.

The focaccia should have risen over the top of the pan, and the cheese will be crisp and browned.

Remove the pan from the oven, let cool in the pan for about 10 minutes and remove the focaccia from the pan to a wire rack with a fork.

Halve the focaccia with a long bread knife on the cutting board, then cut one-half into 4 wedges (leave the other whole half whole until you are ready to eat it). 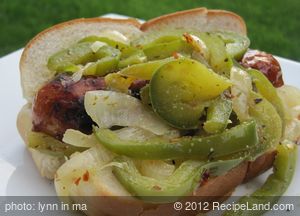 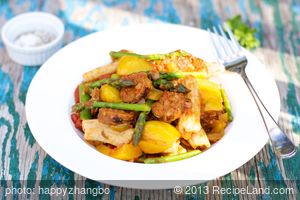 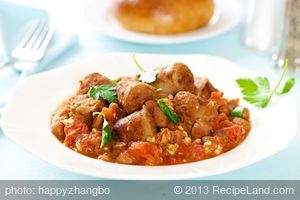