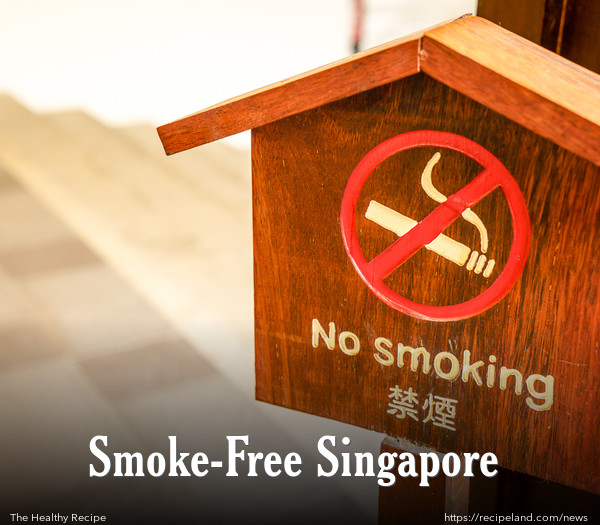 Even though Singapore holds one of the lowest percentages of smokers per capita in the world, smoking amongst Singaporeans is on the rise.

The Ministry of Health is considering new standards for in-store displays of tobacco products.  Stores would be required to remove these products from plain sight and place them in areas which are not visible to the customer.

Those seeking to purchase tobacco products would have to specifically request them.  Health Minister Mr. Gan Kim Yong of the Ministry of Health hopes that these changes will, “...protect the public especially the youth and young adults from tobacco advertising.  It will also help to reduce impulse purchases of tobacco products and provide a more conducive environment for smokers who are trying to quit.  The MOH and HPB [Health Promotion Board] are inviting members of the public to help strengthen our current tobacco control efforts by providing their comments and views on local tobacco control measures, including the proposed POS [point-of-sales] display ban”.

The Health Promotion Board has launched two programmes to support the Ministry of Health’s efforts to decrease smoking in Singapore: the “I Quit 28-Day Countdown” and the Blue-Ribbon Smoke-free Movement.

The Health Promotion Board hopes that these programmes will help meet their goal of reducing smoking amongst Singaporeans to less than 10%.  To reduce this goal, nearly 15,000 smokers would need to quit each year.

Research has shown that most smokers have to try to stop smoking 6-7 times before they are able to quit for good.  Smokers who have family support and seek assistance from healthcare workers have a better chance of staying smoke-free.

Research has also shown that smokers who can stop smoking for 28 days are 5 times more likely to permanently kick the habit.  These findings have led the Health Promotion Board to create the “I Quit 28-Day Countdown.”  This challenge was launched June 1st to support Singaporeans who want to quit smoking.

The “I Quit 28-Day Countdown” challenge recommends that smokers:

-Throw out cigarettes and other tobacco products so that they will not be tempted to smoke.

-Seek the support of friends and family.

-Realize that making it through the first 28 days is only the first step in staying smoke-free.

They also tell smokers what physical side effects they should expect to go through as they quit smoking.

Singaporeans who want to participate in the “I Quit 28-Day Countdown” are encouraged to:

-SMS the Health Promotion Board to begin registering in the program.

-Commit to the 28-Day challenge.

Hotels that choose to participate in the Blue Ribbon Smoke-Free Movement:

-Establish smoke-free premises to reduce the exposure of employees to 2nd hand smoke.

The Health Promotion Board hopes to turn Singapore into a smoke-free environment to protect Singaporeans from this single most preventable cause of death in the world today.

Smoking is a personal choice especially in his own home, no one can deny that right, but when he exhale and smoke drifted out of his home it is in public domain. We are therefore given the right against his action. He should set aside a dedicated smoking room equip with smoke treatment machine. He can then smoke in peace in his own enclosed room and harm no one else.That is fair to all.
Vsickofsmoke.