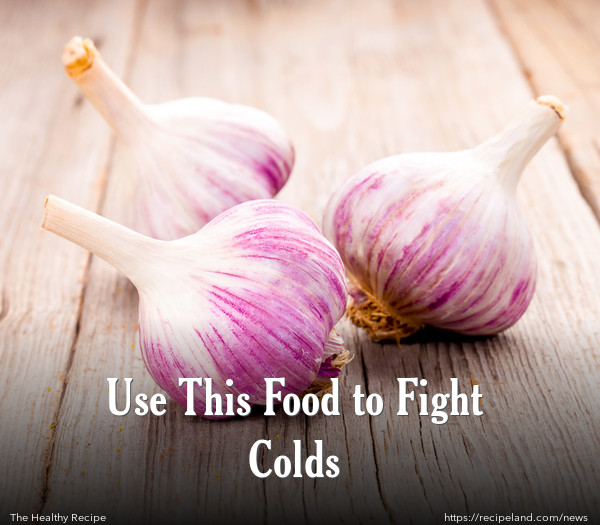 When cold and flu invade your household, it is always good to have some helpful tips for what to do to make things better.

Read the internet and you will find some crazy ideas that promise immediate recovery, most of which do not really work. But, there is one idea circulating—chomping on raw garlic—that scientists are now saying may have some merit. In fact, it might start to help you feel better in only about 3 hours. Beware the bad breath, but enjoy the recovery from your cold symptoms.

In a recent study which was published in the Journal of Nutrition, researchers collected blood samples on participants after they consumed a meal which contained 5g of raw, crushed garlic (approximately 2 cloves). Only 3 hours later, those who consumed the garlic showed increased activity for genes which are responsible for producing immune-boosting white blood cells, and genes which are known to fight cancer risk.

Although the clinical trial was small, and it is difficult to conclude from the sample that garlic is actually effective for fighting a cold or the flu, other studies have also suggested that garlic may be helpful for treating colds. In 2012, a group of researchers found that a daily garlic supplement increased white blood cell activity and reduced cold symptoms, as well as shortened the duration. As long ago as 2001, researchers suggested that those who consumed garlic daily had less risk of catching a cold and recovered faster if they did become sick.

It’s difficult for researchers to pinpoint the exact compounds contained within garlic that are responsible for fighting cold viruses, but they do know that garlic contains vitamin C, nutritious minerals like selenium, enzymes, and some sulfur compounds, each of which is thought to help fight colds.

If you are interested in trying out this garlic cure, it’s best to slice or crush the garlic cloves and eat them raw, or add them to a salad dressing. Scientists believe that crushing raw garlic helps to release an enzyme called allinase, which helps with the production of allicin, which boosts the antibacterial functions in the body.

If you don’t fancy eating raw garlic, then chop it or crush it and add it to your foods. For the most allicin production, allow the garlic to sit for about 10 minutes before you cook it. garlic supplements are also thought to be helpful, but make sure you are taking one that contains an allicin extract and a supplement that is standardized and approved.