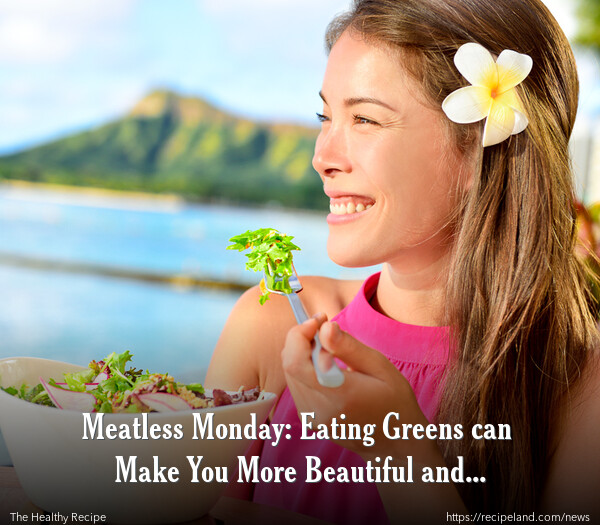 A new study published in Evolution and Human Behavior found a brand new reason to eat your veggies. Vegetables are low in fat, high in fiber and contain nutrients that boost the immune system and fight cancer, but they can also make you more attractive!

This study examined the effects of a carotenoid-rich diet. Carotenoids are found in leafy greens, some fruits and root vegetables (like carrots, tomatoes, spinach, sweet potatoes, bell peppers and cantaloupe). The Linus Pauling Institute at Oregon State University, which conducts micronutrient research, defines carotenoids as “yellow, orange and red pigments synthesized by plants.”

In her recent post on the Health section of the TIME website, Meredith Melnick explains that those who eat a diet rich in carotenoids have demonstrably yellower skin.

The study published in Evolution and Human Behavior had participants choose which skin tone they found to be most attractive. The tone that a majority of them chose matches the yellow glow caused by carotenoids as opposed to the browner tones caused by a sun tan.

The Linus Pauling Institute recommends diet as the best source of carotenoids, not supplements.

They also note that carotenoids are best absorbed when served with fat, such as cooking oil.

Pureeing and chopping vegetables also makes the carotenoids they contain easier to absorb.

To increase the amount of carotenoids in your diet and give you a healthy glow, try preparing Chinese Stir-Fry Noodles with Fresh Vegetables, Mixed Fruit Salad with Citrus Mint Dressing or Veggie Meatloaf with Checca Sauce.