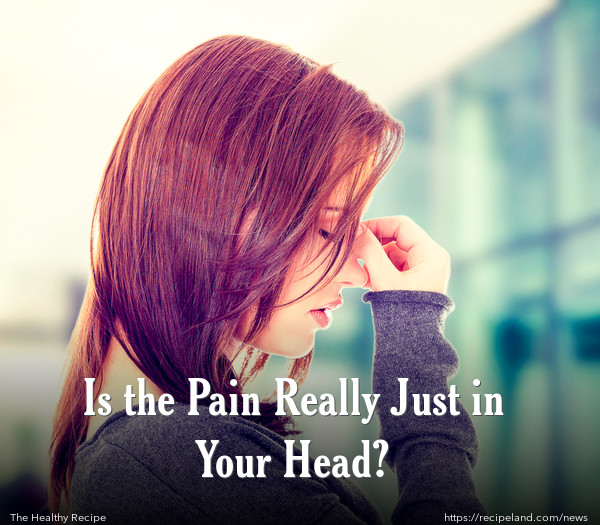 Many people show up at a doctor’s office trying to pretend that they are not in pain, often already having been told that the pain is “all in your head.” The interesting thing is, this is true. All pain is really “in your head.” Because the brain controls the entire nervous system, it is responsible for all sensations in the body. This is how pain is registered. It is important to remember that this means pain is real, even if there is no obvious physical cause. The brain cannot necessarily distinguish pain in your stomach or pain in your head.

This is often referred to as the “mind-body connection,” and it is an important thing to learn about. Here are some examples of “pain” that might be “in your head”:

Amputees experience “phantom pain” in a missing limb in nearly 80% of cases.

Painkillers like ibuprofen or acetaminophen can help with emotional pain, and antidepressants can often lessen physical pain.

Scientists in a lab at the University of Colorado recently used MRI testing to evaluate the brain activity of patients reporting pain. What they discovered is that there are certain markings, called “signatures,” in the brain that are common for all people reporting pain. This is one of the first studies that has shown that pain is real, whether it is due to obvious physical conditions or not.

What is most interesting about this study is that it also revealed that there are specific brain connections that interpret the pain, and these connections can often be controlled by a person, thereby reducing or increasing the amount of pain experienced or perceived.

Although this discovery is relatively new, our brains have been doing this for thousands of years. It is only recently that science is able to measure this effect. What this proves is that our brains have power over pain, and that tools such as meditation can be very effective.

A recent article published in the Journal of the American Medical Association reviewed 47 studies regarding pain and showed a definite correlation between meditation and reduced pain perception. One study in particular, conducted at Wake Forest University, showed that only four 20-minute intervals of meditation reduced the perception of pain in patients by about 40%.

Similar studies that evaluated the effects of strong narcotics, such as morphine, showed only about a 25% improvement in pain. Another study showed a nearly 40% improvement in symptoms for women experiencing pain from irritable bowel syndrome. Those who become very skilled at meditation can experience even greater effects.

Next time you think that the pain is “all in your head,” remember that this is where pain is perceived, but this is also where pain can be controlled to some degree. While pain should not be ignored, and you should consult your doctor for medical testing, the power of meditation should not be denied as a healing tool.