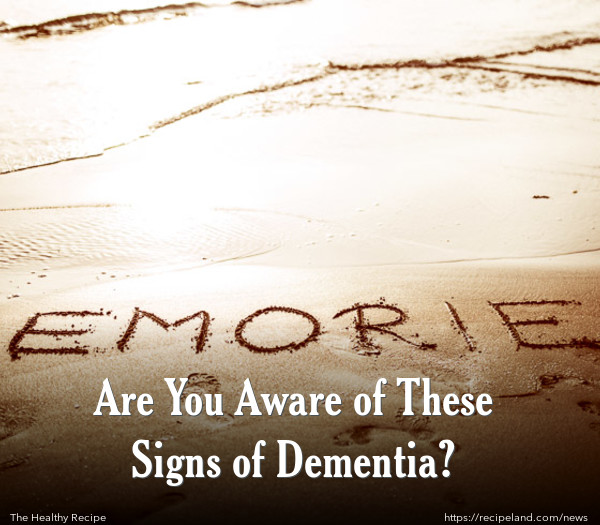 It’s important to recognize the early signs of dementia. This debilitating condition affects millions of people, and new research has identified some potential early signs you should watch for. As it turns out, depression may be an early indicator that dementia is on the way, according to a recent study published in the journal Neurology.

Researchers examined 2,400 healthy adults over the age of 50 and surveyed them regarding physical and mental health. They followed up with these same participants 7 years after the initial survey to see how many were showing early signs of dementia. Those who were showing early signs during the second survey were two times as likely to have reported symptoms of depression during the first survey.

Researchers think that depression may be an early indicator of some of the potential underlying causes of dementia and Alzheimer’s disease, though they caution that over-interpretation is possible. About 15% of those not reporting any signs of dementia did report signs of depression. This is important to understand, because feeling depressed is something you should monitor whether or not it is an early indicator of dementia.

Here are five early signs of dementia that you should talk to your doctor about:

When you experience a change in your taste buds, especially if you develop a new sweet tooth, this could be a warning sign that parts of your brain may be changing. Many dementia patients actually ate expired or rotten food without realizing.

2. You are demonstrating minor criminal behaviours.

Patients with early dementia may start to show behaviour changes that include driving violations, stealing, or trespassing. This may be due to some of the brain changes that take place in the frontal lobe, which controls impulses and behaviour.

A recent study in JAMA Neurology reported that frontotemporal dementia (FTD) caused patients to have difficulty recognizing and respecting social rules and conventions, and could lead them to behave in inappropriate or illegal ways.

3. You do not recognize sarcasm.

If you find that you are having trouble detecting lies, sarcasm, and other types of speech that are not sincere, then you may be experiencing early signs of dementia.

A recent study from the University of California at San Francisco found that dementia affected the parts of the brain responsible for processing higher level verbal information, which would include sarcasm and lies.

4. You are walking slower.

If you find that your walking pace has slowed, you may be experiencing early cognitive decline that is associated with dementia. This is because there may be a beta-amyloid buildup, which is the buildup of the harmful protein plaques that are thought to be related to Alzheimer’s disease.

The latest study in Neurology examined the walking pace of approximately 130 Alzheimer’s patients with an average age of 76 and found that those with the slowest walking paces had higher buildups of the beta-amyloid proteins.

5. You are starting to be a hoarder.

Patients with dementia often demonstrate “pack-rat” or hoarding behaviours, according to a study from the University of California at Los Angeles. Many people with dementia will buy things and not use them, such as buying a newspaper each day but never reading it or recycling it.

If you experience any of these changes, it might be a good time to have a discussion with your doctor. None of these symptoms alone indicate dementia, but if you find yourself relating to this list you may be experiencing some early signs.