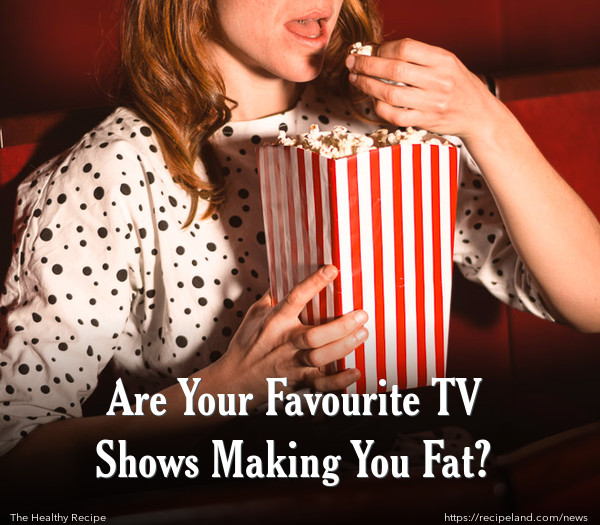 A recent study, published in the JAMA Internal Medicine found that watching certain television shows or movies can make you eat more than you intended. The research, conducted at the Cornell Food and Brand Lab, examined the television and eating habits of 30 adults. Results showed that those who watched sad movies, like the tragedy Love Story, consumed an average of 28% more popcorn than when they watched a comedy, such as Sweet Home Alabama.

The researchers also evaluated the contents of movie theatre dumpsters in seven different cities throughout the United States, and discovered that those who bought popcorn and watched Solaris (a sad movie) consumed an average of 55% more popcorn than those moviegoers who watched My Big Fat Greek Wedding (a comedy). The disparity was not found to be correlated to the length of the movie.

Lead researcher Aner Tal, Ph.D., commented on emotional eating and stated, “Distress in general increases eating.” This study shows that the distress does not have to be in real life, it can actually be on television or in a movie.

Other results showed that when a movie or television show is more action-packed, binge snacking increases. Researchers suggested that the fast pace distracts people from paying attention to what they are eating. Other studies have shown correlations between shows perceived as “boring” and those perceived as more interesting and engaging, such as sit-coms. Those watching the less engaging shows consumed more than 50% more food than those watching more engaging shows.

The results of this study do not necessarily mean that you have to change your television and movie viewing habits, but you should be paying attention to how much food you are consuming while you park your brain and relax.

Mindless eating is usually bad for a healthy lifestyle. Keep plenty of healthy snacks on hand so that when you feel the urge to snack, you have something appropriate to choose from. If you want to treat yourself to special indulgences like candy, don’t grab the entire container, just take a small sample to nibble from.