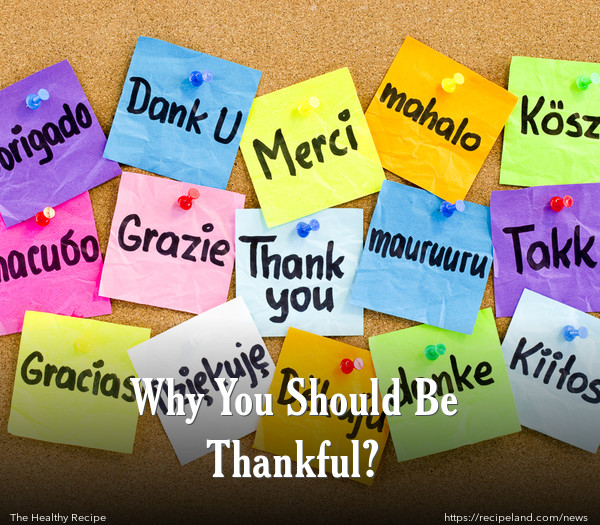 Can being thankful help you make better choices and control impulsive reactions? A recent study led by Dave DeSteno, Northeastern professor of psychology, found that focusing on something you are thankful for can improve your decision-making skills and help you keep impulsive reactions underwraps.

Research has demonstrated time and again that there are benefits to controlling your impulsive reactions to a situation and cultivating patience. Those who are able to keep their impulses under control are more successful over their lifetime. They perform at a higher level in school, have better relationships, and enjoy better health.

DeSteno points out that many other studies have yielded similar results. “The human mind clearly devalues future rewards. At some level that makes sense because you never know if you’re going to be here in the future,” he said.

However, DeSteno’s team has observed that the human mind tends to take devaluing future rewards a little too far.

For example, when offered $100 in six months or $50 today, the prudent choice is to wait and take the $100. Instead, many grab at the $50, unable to turn away from the immediate gratification that would come from having the money in their pocket.

Just think about how hard it is to turn down your favourite dessert or save up to buy a big ticket item instead of putting it on a credit card.

This explains why developing patience is so important. Throughout human history, from classic philosophers to current psychologists, the theory has been to develop patience we need to fight against our desires, deny our impulses, and stop yielding to our emotions. So we have come to the conclusion that to become patient, we have to stifle our emotions.

DeSteno and his team found another way to effectively develop patience. The results of DeSteno’s study will be released in Psychological Science.

DeSteno’s goal was to determine if patience could be developed using emotions instead of willpower. The team decided to test their theory using the emotion of gratitude.

When explaining this choice, DeSteno remarked, “What does gratitude really do? It usually reminds me that I owe you something back. It’s an emotion that makes us take costs in the moment in return for benefits down the line.”

DeSteno’s team decided to test the effect of gratitude on patience in situations that would yield financial benefits. The team divided 75 people into three groups.

Each study participant was also asked to make 27 individual choices about financial situations, whether they would accept a specific amount of money now or a greater amount in the future. Those who reported feeling grateful during the study had to be tempted with larger amounts of immediate money than other participants before they would give up the greater future amount.

DeSteno came to the conclusion, “...when faced with a challenging temptation in the moment, rather than solely trying to exert willpower, simply stopping and thinking of something you’re grateful for should enhance your ability to make a wiser decision.”