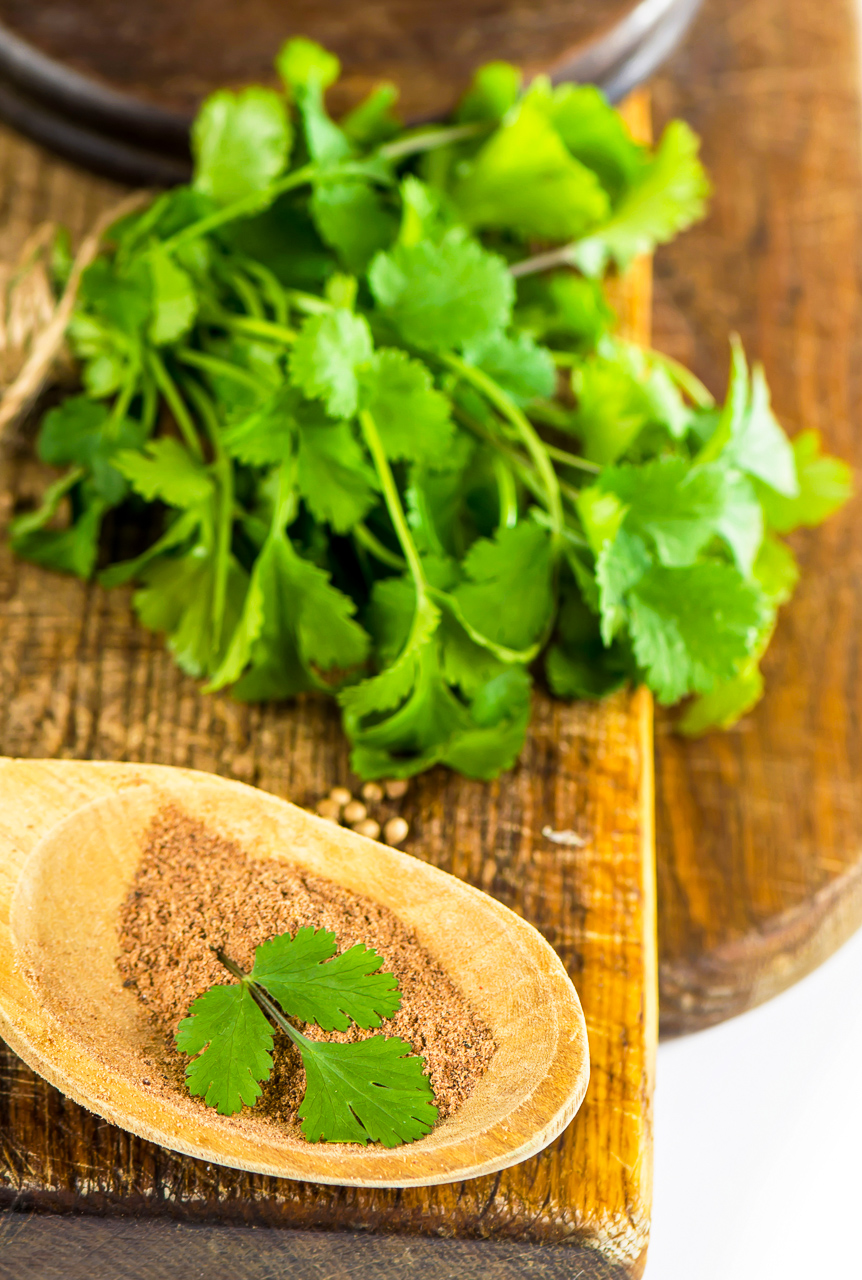 All about cilantro. Cilantro tastes of fragrant mix of parsley and citrus.

Cilantro is the leaf of the young coriander plant, Coriandrum sativum, an herb in the parsley family, similar to anise.

Cilantro is grown in California, Mexico and is particular popular in China.

Cilantro's taste is a fragrant mix of parsley and citrus.

Coriander is probably one of the first herbs to be used by mankind, perhaps going back as far back as 5000 BC. It is mentioned in early Sanskrit writings dating from about 1500 BC. The Romans spread it throughout Europe, and it was one of the first spices to arrive in America.

Before it is used, Cilantro should be crushed, either by hand or with a mortar and pestle. Cilantro is a perfect addition to Mexican dishes; add Cilantro to salsas and bean dips.

Mix crushed Cilantro into sour cream and use it as a topping for chili, tacos, or enchiladas. Sprinkle Cilantro over stir-fried vegetables for color and Asian flavor.