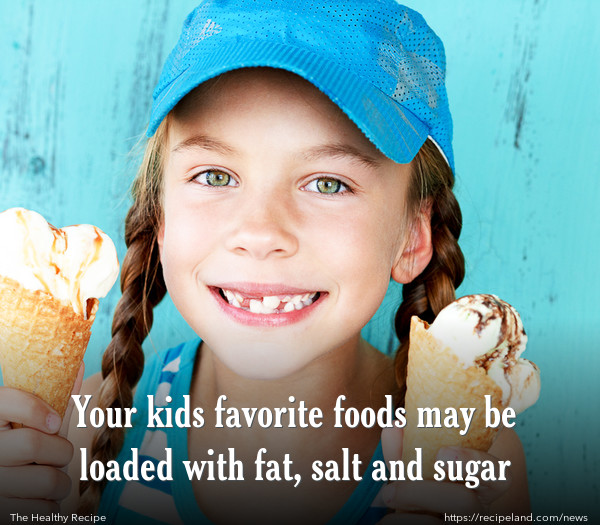 When parents said that their kids’ favorite foods contained high levels of fat, salt and sugar, their children tended to choose those foods as well. The children in general showed a higher preference for the taste of strong flavor foods compared with natural flavor foods.

Researchers from the University of Oregon and the University of Wisconsin designed two studies testing food preferences. In the first, mothers of 31 male and 36 female preschoolers completely finished a survey of their kids’ preferences for foods that are high in sugar, fat and salt. Their kids were shown cards featuring 11 natural foods (such as apples and green beans) and 11 flavor-added foods (such as cheese puffs, jelly beans and ketchup) and asked to rate them on a five-point scale of facial expressions: a big frown indicated a great dislike to something and a big smile indicated they really liked the taste. None of the pictures of food showed any packaging.

Preschoolers may be good at indicating what foods they like better than others, a study shows, and those foods could be full of fat, salt and sugar.

They're also very good at identifying fast food and beverage brands, indicating that food preferences and product awareness may happen early in life.

In the study, published online in the journal Appetite, the authors pointed that out, although this doesn't prove that all children prefer flavor-added foods, "this result begs the question of why some children show a strong liking for the taste of flavor-added foods while others do not."

In the second study, 108 children (even divide between boys and girls) were shown a random assortment of cards; some related to popular fast-food chains, some to large cola companies and some to products that were extraneous. All of the children could put at least some of the product cards with the company correctly.

While the studies are not conclusive, the authors wrote that it's reasonable to advise parents of young kids to consider their own food preferences and the tastes of their children, and to think about how those preferences develop: "Some adjustments to reduce a strong sugar, fat, and salt preference may be easier to make than reduced calorie diets. For example, a simple and relatively effortless first step might be to keep salt shakers in the pantry, and condiments out of sight."

"Our findings present a public policy message," said study co-author T. Bettina Cornwell in a news release. "If we want to pursue intervention, we probably need to start earlier." According to Los Angelos Times.