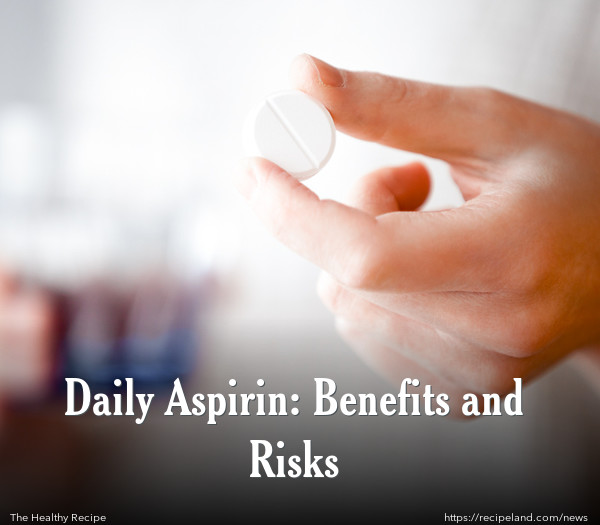 Think you should be taking daily aspirin to help prevent heart attack or cancer? You might want to learn more, as new research is showing that the benefits may not be as great as once thought.

Aspirin has played a controversial role in the health world. Some experts claim that taking aspirin daily may help to prevent cardiac arrest as well as some cancers.

But, a recent study conducted in Britain suggests that there may be more risk than benefit for healthy adults who take aspirin preventatively.

Following a review of 27 different randomized controlled studies that were conducted over a period of 4 years (2008-2012), researchers concluded that taking aspirin on a daily basis prevented between 33-46 deaths from a variety of causes, using a sample of 10000 people over ten years.

They also determined that 46-49 major bleeding episodes occurred in that same sample. Approximately 100 instances of gastrointestinal bleeding were also noted.

In the study, Dr. Paul Sutcliffe from the Warwick Medical School in England, noted, "There is a plethora of evidence in this area but nobody has drawn together the advantages and disadvantages of aspirin in a systematic way."

Dr. Peter Sandercock, of the University of Edinburgh in Scotland, who is considered to be an expert in the field but did not participate in the research project, explains that although many people have been told that taking aspirin on a daily basis may prevent cardiac arrest and/or cancer, “"This shows that if you are healthy, with no symptoms of cardiovascular disease, then it's not sensible to take regular aspirin,” and that healthy people who take aspirin on a daily basis may be actually putting their health at greater risk than they think.

Previous research has indicated that many strokes and heart attacks are caused by blood clots that may be formed because of arteriosclerosis, or “hardening of the arteries.”

Some of those studies have shown that taking aspirin each day can help to minimize the development of blood clots and help to prevent recurrent stroke or cardiac arrest.

Once a person suffers a stroke, they may be up to 15% more likely to experience a second stroke within the next 12 months. Because aspirin helps to minimize this risk, it can show some significant health benefits.

However, there may be a high risk for bleeding problems, maybe more than 30% higher risk, including hemorrhagic stroke as well as gastrointestinal bleeding, which can both be extremely serious.

The aspirin controversy somewhat mirrors other current research that suggests vitamin supplements may also not be necessary for those who are in good health.

Careful review of the use of daily aspirin is a good idea, and you should always consult with your doctor before choosing to take any medications or supplements.

Those who are currently taking aspirin on a daily basis should not discontinue this without consulting their medical care providers.

, United States
about 4 years ago

Because of AFib my doctor decided I might take an asperin a day. I did this and my AFib diminished, then stopped. However, I continued until one day I noticed a subQ bleed to the right arm. I imediately altered the every day to every other day. All ok except I found myself forgetting from time to time. AFib is back—if I’m not careful. So it’s every other 1 or 2 days and seem to be doing fine. Kemper