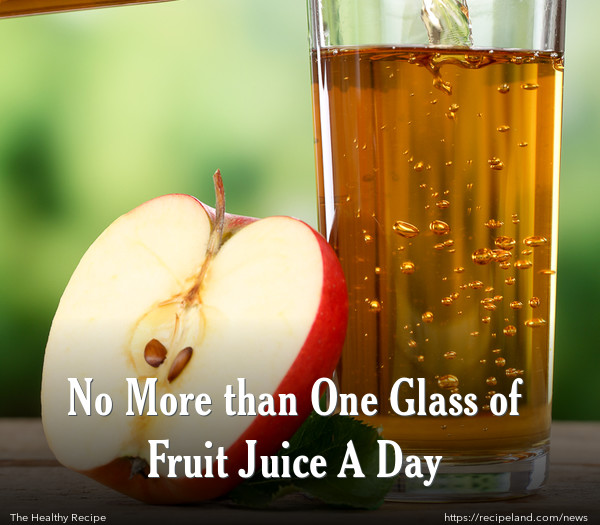 You might think that a glass of fruit juice is a healthy way to get in your daily recommended serving of fruit - and you would be right, as long as it is just one glass.

Health officials in Great Britain are raising a red flag against drinking too much fruit juice and other sugary drinks, citing the epidemic of diabetes and obesity that is overwhelming the country.

A study recently conducted throughout Great Britain found that children and teens are getting too much sugar in their diet, almost 40% more than the recommended daily allowance. Fruit juices and soda seem to be where most of this sugar is coming from. These sugary drinks were reported to be the main source of sugar for those between the ages of four and eighteen, according to the U.K.’s National Diet and Nutrition Survey.

Health officials have honed in on the dangers of drinking too much fruit juice because many think it is a healthy choice for their kids and a great way to get in their servings of fruit throughout the day. British kids are also getting too much sugar from other seemingly healthy foods such as cereal and cereal bars.

Approximately 20% of British children are obese by the age of five. The numbers for adults are even worse, with almost two-thirds of adults deemed to obese. Health officials predict that five million people will be diagnosed with diabetes by 2025.

A 2013 study from researchers at the Harvard School of Public Health found that eating a serving of specific fruits, like blueberries, grapes, and apples, at least twice a week could lower your risk of developing diabetes by 23%.

The U.K.’s National Diet and Nutrition Survey found that many children and adults are not eating the recommended servings of fruit and vegetables each day or making healthy diet choices in general.

Health officials recommend five servings of fruit each day. While they believe that water or low-fat milk are the best drink options for kids, they do not recommend giving up fruit juice altogether. As long as it is limited to one glass a day with a meal, it is still a healthy choice. Drinking fruit juice with a meal will protect teeth from the damage that can be caused by sugary drinks.