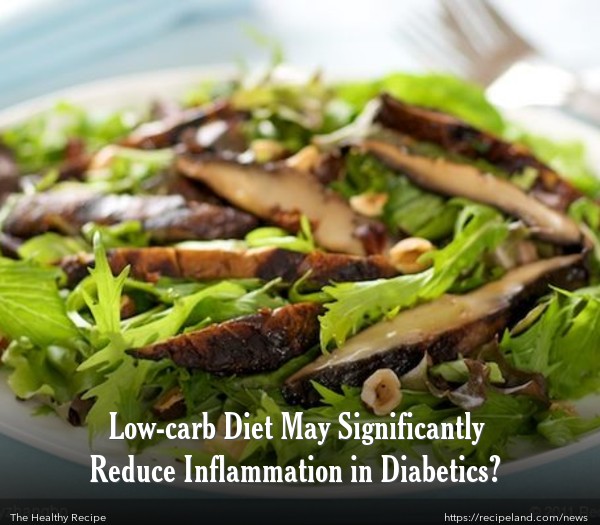 When it comes to a healthy diet, and one that helps reduce inflammation in the body, it is a low-carb diet, not necessarily a low-fat diet, that shows the most promise.

Patients with type 2 diabetes tend to have high levels of inflammation in their systems, compared with non-diabetics, and it is thought that this is highly correlated with the development of heart disease and other complications.

A recent study evaluated more than 60 patients who were already diagnosed with type 2 diabetes. The group was divided, and one-half received a low-fat diet, and the other half of the participants received a low-carb diet. Both groups were studied over the course of two years.

The patients in the low-carb group showed the greatest improvements in inflammation in the body, with the most significant decrease in inflammatory markers in the blood. Interestingly, the amount of weight lost by participants in both groups was relatively similar.

Assignment to the groups was random. Participants received support and suggestions from dieticians on three separate occasions during the first year. At the start of the study, the participants were noted to have high levels of certain inflammatory markers. Six months into the study, new levels were obtained. At this point, it was determined that maximum weight loss had been achieved and participants had adhered most strictly to the recommended diets.

With weight loss averages being steady across both groups, at about 4kg, blood glucose levels decreased far more significantly in the group assigned to the low-carbohydrate diet. These participants had been following a diet plan that reduced their carbohydrate intake to a mere 25% of their total caloric intake. No significant changes in blood glucose levels were noted in the group that followed the low fat diet, despite similar weight loss.

Researchers concluded that, although further research is certainly warranted, following a low carbohydrate diet may be highly beneficial to patients with type 2 diabetes, because of the significant reduction in inflammatory markers, in conjunction with the associated weight loss.