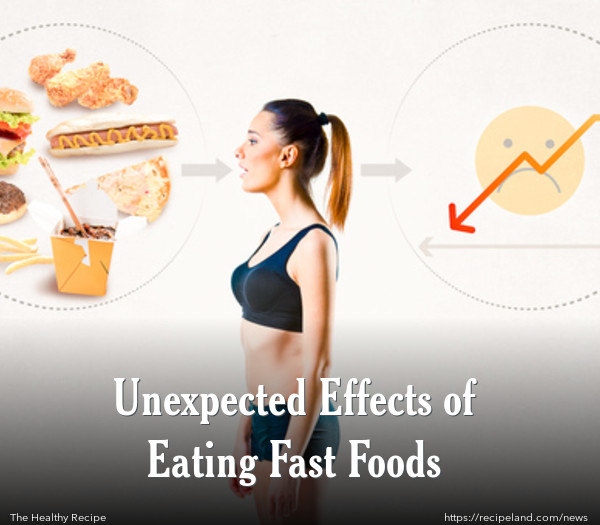 Recent research has shown that fast food is not only an unhealthy choice, but it can have some unusual effects on your brain. For instance, fast food can make you more impatient and interfere with your ability to truly enjoy beautiful experiences.

This research, conducted at the University of Toronto, discovered a connection between fast food and several unusual brain responses. Researchers concluded that many of the responses were related to the instant gratification that is provided by eating fast foods.

Researchers found that even the act of walking by a fast food place can change your financial common sense. In the study, participants were offered the choice between a cash reward and the fast food. When the participants were within the view of the fast food restaurant, they were 40% more likely to choose fast food over the cash reward, as compared with those situated near a full-service restaurant. Fast food can lead to impulsive financial decisions, because of the desire for instant gratification.

Researchers found that certain colour patterns, such as the ones most commonly used in fast food logos (red and yellow) can actually increase your metabolism and make you feel hungrier, and more likely to indulge in the fast food options.

There have been studies conducted on mice that have shown increased anxiety and depression after a 6-week diet of fast food, as compared with mice fed a low-fat, nutritious diet for the same time period. Fast food contains high amounts of fat, sodium, and sugar, which can actually affect the neurotransmitters in your brain. When you eat them for a long period of time and then stop abruptly, you can actually experience withdrawal-related depression.

When mice and rats were fed high fat, sugar-filled foods (like fast foods), they were more likely to develop compulsive overeating habits. These habits can mimic drug addiction. As researchers examined the brains of the mice, they discovered greater activity patterns in the pleasure centres of the brain when mice ate fast food than when they were given narcotics.

Eating fast food is not only an unhealthy dietary choice that can lead to chronic health conditions such as heart disease, obesity, or diabetes, but you may experience these other unusual symptoms as well! Opt for a healthy diet, filled with natural foods and plenty of lean protein, whole grains, fruits and veggies instead!