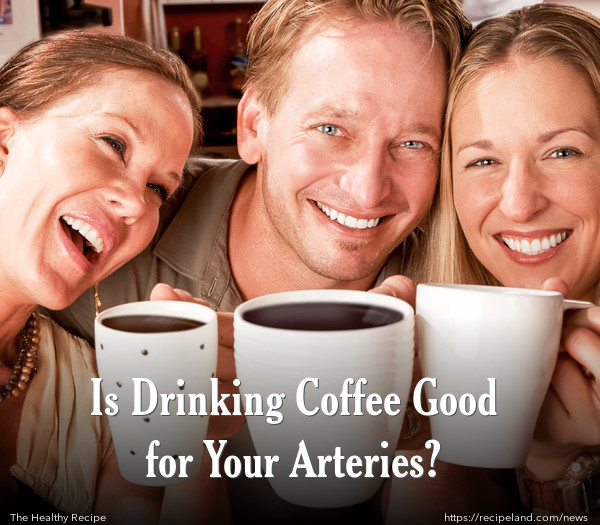 A recent study conducted in Korea found that those who regularly drink a few cups of coffee each day may have a lower risk of clogged arteries. Since having clogged arteries is a known risk factor for heart disease, this may be important information in the prevention of cardiovascular disease.

After studying more than 25,000 participants during routine health examinations at work, it was determined that those participants who consumed coffee at a moderate level (considered between 3-5 cups per day) showed fewer signs of cardiovascular disease.

There is still great controversy surrounding the effects of coffee on overall heart health. But, because a major problem with heart health is blockage of arteries, and new research suggests that coffee may reduce this risk, further research is definitely warranted to determine whether or not coffee can help to truly reduce the risk of heart disease.

Previous studies have attempted to draw connections between high cholesterol or high blood pressure when it comes to increased risk of cardiovascular disease, but now it is suggested that coffee drinking may have benefits, too. At this time, the results are inconclusive, even though this most recent study is published in the South Korean journal, Heart.

Victoria Taylor, of the British Heart Foundation, stated, “More research is needed to confirm these findings and understand what the reason is for the association.” Coronary heart disease involves the clogging of coronary arteries by fatty materials that adhere to the vessel walls. Using medical scans, researchers are able to search for small deposits of calcium on the artery walls, which can be an indicator of developing heart disease.

In the recent study, none of the participants showed specific symptoms of heart disease, but more than 10% of the participants did have calcium deposits that were visible during the medical scans. Results of the scans were reviewed, and compared to the participants self-report of coffee consumption. Other risk factors were considered, including obesity, smoking, amount of physical activity, and family history.

Taylor explains, "While this study does highlight a potential link between coffee consumption and lower risk of developing clogged arteries, more research is needed to confirm these findings and understand what the reason is for the association. "We need to take care when generalising these results because it is based on the South Korean population, who have different diet and lifestyle habits to people in the UK.”