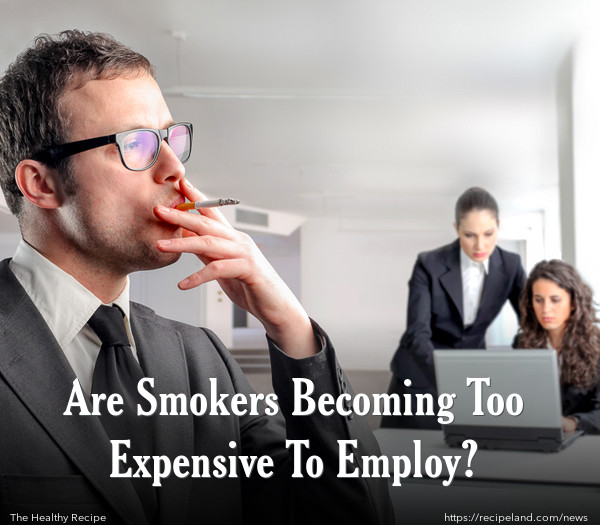 A new study finds that smokers are more expensive to employ than non-smokers.  Each year, every employee who smokes costs their employer almost $6,000 more than their non-smoking counterparts.

Researchers examined the findings of previously conducted studies to establish the costs of employing a smoker.  They looked at absenteeism, presenteeism (being less productive on the job because of smoking-related health issues), pension benefits, health care costs and smoking breaks.

The results of this study were published in Tobacco Control, a journal which examines the global effects of tobacco usage.  Researchers concluded that employees who smoke miss more days of work, making them less productive.  This costs employers $517 each year per smoking employee.  They also found that annually for each smoker employers pay: $3,077 for smoking breaks; $2,056 for smoking-related health care costs; and $462 for lower productivity.

On average, each smoker costs his employers a total of $5,816 per year more than a nonsmoking employee.

According to the research team, “It is important to remember that the costs imposed by tobacco use are not simply financial costs.  The desire to help one’s employees lead healthier and longer lives should provide an additional impetus for employers to work towards eliminating tobacco from the workplace.”

The Australian Government points to smoking as the “largest single preventable cause of death and disease in Australia.”  Smoking leads to an increased risk of renal disease, stroke, cancer, emphysema, bronchitis, heart disease and asthma.

Smoking affects more than just the smoker.  Recently the Australian government has been highlighting the effects of passive smoking.  Passive smoking causes the same adverse effects on the health of nonsmokers as smokers, increasing the risk of heart disease, some cancers, and asthma.  It can also increase the risk of Sudden Infant Death Syndrome and lead to allergies in children.

The Australian Health Survey of 2011-2012 found that almost 8 million Australian adults over the age of 18 tried smoking.  3.1 million currently smoke and 90% of them smoke every day.  20.4% of Australian men and 16.3% of Australian women are smokers.  The Australian Government also found that 13.3% of “professionals” smoke, while 39.8% of “labourers and related workers” smoke.

However, there is a measurable decrease in smoking throughout Australia.  In 2001, 27% of men and 21% of women were smokers.  The Australian Government points to several campaigns as the cause of this drop in smoking.  High tobacco taxes, bans on cigarette ads, programs to educate the public about the effects of smoking, and legislation to create a smoke-free workplace have all contributed to the lower smoking rates.

With the high cost of smoking and the detrimental effects it has on the health of smokers and those around them, employers will continue to resort to harsher workplace smoking policies to save money and the lives of their employees.