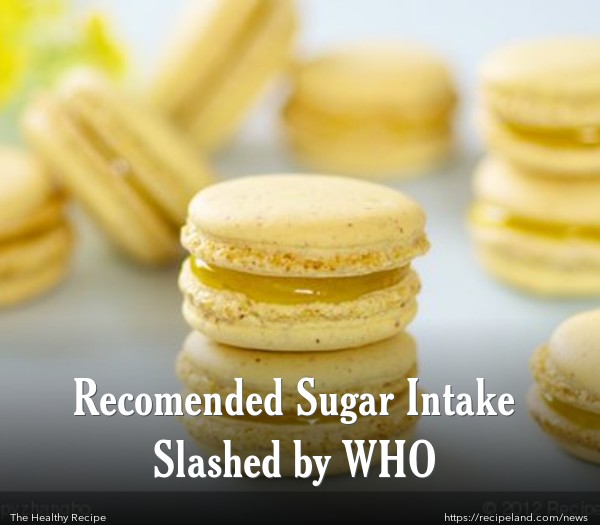 Although met with adversity 10 years ago, the World Health Organization is again slashing the recommended amount of sugar for adults each day. Global health concerns have led to this recommendation.

There is little agreement regarding exactly how much sugar is safe to eat on a daily basis, but most would agree that people should restrict their sugar intake quite a bit.

Most diets in Australia, the United States and Canada contain far more sugar than could ever be considered a healthy limit.

The World Health Organization is strongly encouraging people to keep their sugar intake at less than 10% of their daily calories, which, for most people is going to be less than 10 grams of sugar per day—a significant decrease from the current averages that are reported.

To put things into perspective, these new World Health Organization guidelines are suggesting that adults keep their sugar intake to less than 6 teaspoons per day. The average can of soda contains approximately 10 teaspoons of sugar.

With the main countries involved having large discrepancies in their recommendations, it is difficult to determine how much sugar is actually safe to consume on a daily basis.

When you add in the fact that nutrition labels do not contain a recommended daily value for sugar intake, the information becomes even more confusing.

The limitations that are recommended for sugar are referring to any added sugars or free sugars, particularly the ones that are in processed foods.

For example, one tablespoon of ketchup contains approximately 4 grams, about one teaspoon of sugar. Other added sugars, like monosaccharides (glucose, fructose) are all on the list to avoid, too. These are found in regular table sugar, and also honey, syrups and fruit juices.

Sugars that come from whole foods, like fruit, are not on the list to be limited or avoided.

Other conditions, such as diabetes and heart disease, are known to be connected with sugar, as well.

Approximately 10 years ago, the WHO recommended a limit on sugar to 10% of the daily calories, but this recommendation was met with significant adversity from the sugar industry.

Specific recommendations regarding percentages had to be removed from the final report as a result. But, with chronic health conditions related to high sugar intake on the rise, it is now a very serious problem that needs to be addressed on a global scale.

Katharine Jenner, a nutritionist, states, "It is a tragedy that it has taken 10 years for the WHO to think about changing their recommendation on sugar, which will have had astronomic implications on the millions affected by obesity and type 2 diabetes the world over. "

Current surveys indicate that adults in the United Kingdom average more than 11% of their daily calories from sugar, while for children the numbers are over 15%. This is far above the new guidelines of 5%.

With so many health problems being tied to high levels of sugar intake, it is hoped that people will understand and adhere to the guidelines as set forth by the World Health Organization, and improve health on a global scale.