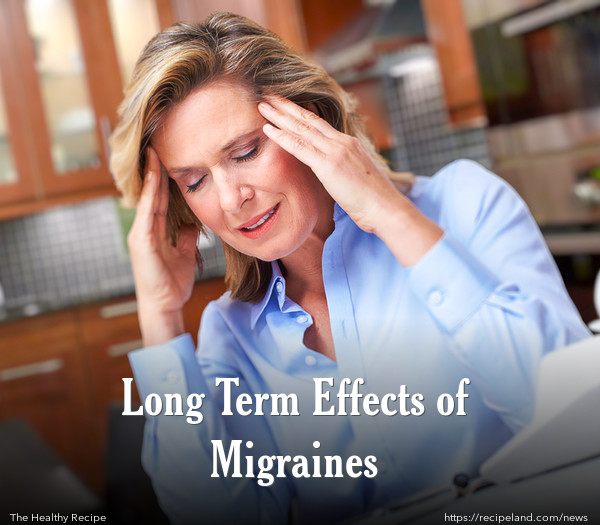 A recent study shows that migraine sufferers, particularly those who experience aura, or the warning signs of tunnel vision, blind spots, or light sensitivity, may actually end up with permanent changes in the white matter of their brains.

For those with aura, brain changes including lesions and decreased brain volume were noticed in nearly 70% of subjects; more than a third of those who did not experience migraine aura still showed brain lesions and changes in volume.

Although scientists have long recognized that the brain changes as we age, first growing in volume and then eventually decreasing, it is now thought that migraines, especially those that are frequent and severe, can contribute to faster brain changes than those that occur during the normal aging process. Simply put, migraines are killing your brain cells.

The specific lesions identified are called ILLs, and are commonly seen in elderly people as a result of aging, hypertension and even certain mental health or psychiatric disorders. For those with migraines, the ILLs are thought to represent the results of very small stroke-like events.

Although you may not realize that you are having these episodes at the time, they will accumulate over time and can cause some damage to the brain tissue. The lesions are visible on certain brain scans, though they are not considered to be brain “tumors” or to be cancerous in nature.

Dr. Deborah Yurgelun-Todd, one of the authors of the study, discusses what happens to people experiencing migraines, “(there is) a neurobiological change that causes cells to die” and that the tissue loss may not be initially apparent, “but if you have enough, you may end up being less efficient cognitively.”

Although the results of the study are alarming to those who suffer from migraines, it is though that the brain volume loss related to chronic, severe migraines are treatable and the effects may be possibly reversed.

By understanding that the incidence of migraines has an effect on brain tissue, the most important thing to do is to track the occurrence and document anything that may be triggering the migraines, including foods, menstrual cycle and any environmental exposures.

Once you establish a pattern of triggers, it is important to take steps to ensure that you have better flow patterns to your brain. Because migraines are thought to occur as a result of “changes in the brain due to dysfunction in delivering enough blood and nutrients to different brain regions—causing tissue loss,” according to Dr. Yurgelun-Todd, keeping the damage to a minimum is what matters.

In conclusion, it is critical to know that migraines can cause long term tissue loss and damage when left untreated, but treatments can help to prevent or slow the problems. Your brain will age regardless of whether or not you have migraines, but taking measures to minimize migraines is important. Working closely with your health care providers to identify triggers and lessen the occurrence is important.