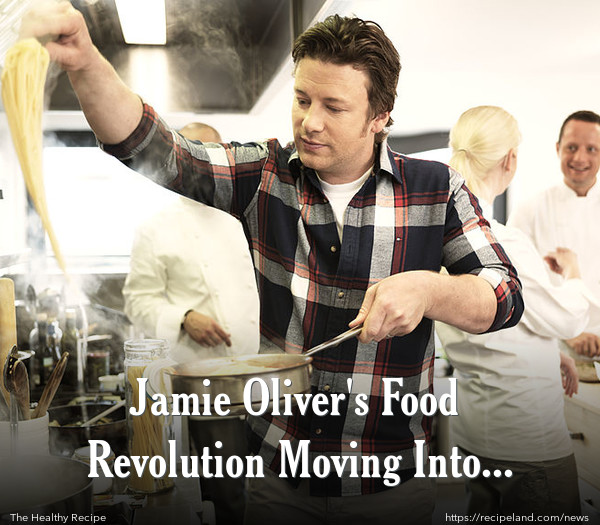 Oliver’s announcement follows the recent refusal of his offer to help improve the food that Los Angeles students are eating and filming a new season of “Food Revolution" in the Los Angeles Unified School district.

This will be a follow up campaign to his original “Ministry of Food” movement that was implemented throughout his native England.

According to Reuters, the Australian government pledged yesterday to give up to $2.5 million to the campaign over 4 years.

Oliver’s decision to bring “Ministry of Food” to Australia is in response to the news that 61.4% of adults and 25% of children in Australia are overweight or obese.

Oliver believes that when people know how to cook, they can change how they eat.

The “Ministry of Food Australia” campaign will focus on teaching cooking skills and using fresh ingredients. It will start out in Queensland, Australia.

Begin establishing healthy habits of your own by eating a nutritious breakfast. Prepare healthy recipes like Breakfast Energy Bars in advance for a quick and easy start to your day.

typical Americans, we can't accept help from anyone because we always know better! The crap we are feeding our kids in schools across this country is pure crap and junk food. Wake up stupid parents, your kids literally are what they eat. Great nutrition grows great minds and healthy bodies!

I think this is a fantastic idea! To have this starting up in Australia, will teach many children that it really can be fun to cook & that foods come from farms not supermakets. I follow his FB pages & hope for an Australian one!